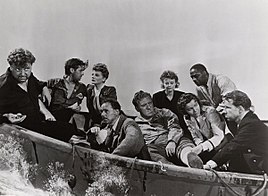 Back in the wild old days there were few protections for pension scheme members.

Long burnt into the public memory was the Maxwell pension scandal, for example, which saw around £400m of pension savers’ money plundered by a cash-starved newspaper mogul.

In the 1990s and early 2000s, greater consideration was given to protecting workers’ pensions. However it wasn’t until the Pension Protection Fund (PPF) arrived in 2005 that savers got bona fide protection.

The PPF – known colloquially as the ‘pensions lifeboat’ – was set up under the Pensions Act 2004 to protect people’s Defined Benefit (DB) pensions from being pilfered away.

The PPF has been a great success in preventing hundreds of thousands of people from losing their pensions when their companies went bust. Many big-name pension schemes have fallen into PPF over the years, including Carillion and Toys ‘R’ Us.

How is the PPF funded?

Contrary to some righteous tabloid fury, the PPF is not funded by taxpayers. It is funded through a levy payable by almost all open DB schemes, and by investment returns on the assets it accepts.

That levy varies depending on how large and how risky a given pension scheme is. The largest, riskiest schemes pay the highest levy.

The levy is calculated in part every year, based on a valuation every three years (called the triennial ‘section 179 valuation’).1

Each year, the PPF issues a determination notice explaining how it will calculate the upcoming year’s levy. You need a brain the size of two watermelons to understand all the formulas.2

How do schemes fall into the PPF?

The starting point for entering the PPF is usually when the sponsoring employer (the company funding the scheme) thinks it’s on the verge of insolvency, or is insolvent.

It writes a polite letter to the PPF saying as much. How very British.

But insolvency alone doesn’t determine whether the scheme will go into the PPF.

First, the PPF starts an Assessment Period. This can take up to 18 months. During this time there are restrictions on the scheme (for example, no transfers out). In the background lots of smart finance people and lawyers look at how the pension scheme was funded (or not, as the case may be).

This Assessment Period culminates in what’s called a section 143 valuation.3 This valuation determines whether the scheme is ‘underfunded’ at the ‘PPF level’ or not.

A scheme will only transfer into the PPF if it does not have enough assets and money to pay for the same level of benefits that the PPF can provide (the aforementioned PPF level). It is deemed in this case to be ‘underfunded’.

If the scheme has enough assets to provide a benefit greater than the PPF compensation then instead the scheme must wind-up. It will normally seek a buyout from an insurer, which will provide the members a better deal than if the scheme fell into the PPF (sometimes called PPF+). The buyout process effectively sees the pension’s trustees hand the assets of the scheme over to the insurer. In exchange the insurer agrees to take on the liability of paying the scheme members their pensions.

Otherwise, where the scheme is underfunded, it falls into the PPF. The assets and liabilities of the scheme are again handed over by the pension trustees. This time the PPF takes control of the pension scheme and it pays out the scheme members’ pensions.

What happens to my pension if it goes into the PPF?

The PPF will pay you your pension if your scheme falls into its clutches.

The amount you get will probably be lower than if your scheme had not gone into the PPF.

If you have reached Normal Retirement Age (NRA) prior to the employer going insolvent then you get 100% of your benefits on the insolvency date. Your NRA depends on the rules of your pension (called the ‘scheme rules’). Usually the NRA is around 60-65.4

If you are younger than NRA, your pension payments are restricted to 90% of what you would have received.

A second way your pension can be reduced in the PPF regime is by the Compensation Cap.

Increases may be restricted, too

A further reason your overall pension may be less than you expected is that the pension increases granted by the PPF are restricted. Let’s look at how this works.

With a DB pension, your benefit is built up – or in fancy pension language, accrued – each year you work. Depending on when you built up that pension, your pension is treated differently by law.

One of the legal provisions that differs between pension blocks is the rate of increase on your pension when it is paid.

When you take your pension (whenever that is) you should normally receive annual increases. These are designed to help your pension keep pace with inflation.

The minimum rate of these increases (if any) is set by law. The different rates for your pension blocks are illustrated below:

For schemes that are not in the PPF, the increases you get each year depend on the scheme rules, but the minimum increases are shown in the diagram above. The scheme can be more generous.

You should be told what blocks your pension is split into and the rate of increases for each block in your benefit statements. If you don’t know ask your pension administrator.

As a result of all this, if your pension scheme goes into the PPF, it is entirely possible for your annual increase rate to go from 5% down to zero – for example, if you accrued all your pension before 1997.

About some fella named Hampshire

Due to the effects of compounding, this reduction in increases can significantly reduce the value of your pension pot. The reductions in benefits can also be substantial for high earners who have built up a very large pension and thus get hit by the cap.

One gentleman was particularly upset when his scheme fell into the PPF. Given he was looking at a two-thirds decrease in his payment, I’m not surprised! This chap took the PPF to court. In late 2018, the ECJ ruled that it was unlawful to have to have a reduction greater than 50% (Hampshire v PPF).

The result is that it appears there will now be a minimum guarantee of a 50% compensation level.

However it’s early days, and the full impact of the case may take some time to be clarified.

What can I do if my employer looks like it’s going bust?

Remember first that even if your employer goes bust, this might not mean your pension goes into the PPF. As we discussed above, the scheme may be sufficiently funded that the scheme must arrange a buyout instead. In that case, your payments will be better than you’d get in the PPF.

Unless you’ve got some magical pixie powers, you can’t stop your scheme sponsor going bust. You can though monitor the situation in advance. For example, you could sign up for notifications from Companies House and check the information produced by the pension scheme.

That said you are very unlikely to be able to do much pre-empting. The decisions around pension schemes are typically commercially sensitive and highly confidential.

You could potentially consider transferring out. However that’s a story for another time, and transfers out of a DB scheme should not be taken lightly.

Note you should be informed if there is an inkling that the scheme may fall into the PPF – because you must be told, by law.

Hopefully this short article has helped to provide a little bit of information around the Pension Protection Fund.

The PPF has provided much needed security for pension scheme members, including many who had saved all their working lives into their company schemes, only for their employer to teeter into insolvency.

For my money the PPF has been a great success!

Read all The Detail Man’s posts on Monevator.

Next post: Weekend reading: The house that Jack built

Previous post: Get £100 for free by signing up to RateSetter