Would you sell yourself for £1 million? 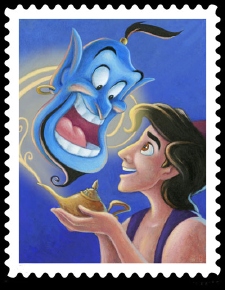 Imagine you could rub a lamp and a genie would appear offering to buy some proportion of your future lifetime earnings for £1 million.

How much would you give up?

One man who believes in fairy stories is James Layfield, an entrepreneur who tells the Financial Times he will give up 10 per cent of his lifetime earnings for £1 million:

“I believe that this is the true sprit of entrepreneurship,” the 36-year-old said. “I am my own commodity.”

The offer is for a slice of Layfield’s entire lifetime earnings, although a clause would allow him to buy out his investor for a multiple of the original investment.

He is currently in negotiations with one wealthy individual.

I wouldn’t be negotiating, I’d be plying the fool with drink to get the million pounds signed over as fast as possible!

The article states James already has ‘three successful companies’, so perhaps this investment isn’t quite as crazy as it sounds.

On the face of it though, it’s a terrible deal for the investor and perhaps for the entrepreneur himself.

Why the wealthy investor must be nuts

Unless James is already earning a huge salary or has multi-million pound assets – in which case I can’t see why he’d give up 10 per cent of lifetime earnings for just £1 million – this deal sucks.

There are too many unknowns to do a precise calculation, but even the back of my napkin says it doesn’t add up.

Let’s first consider the investor’s opportunity cost – you can get a lot of interest on one million pounds.

Instead of investing in James he could get a risk-free rate of return from a long government bond.

Bonds are currently expensive, but you can still get 4.42% a year, plus your capital back, from a gilt that matures in 28 years.

So the investor could get an immediate annual income of £45,000 a year by buying £1 million worth of the gilts.

To get the same immediate return from his 10% investment in James, the latter would have to already be earning £450,000 a year, which clearly he’s not if he’s seeking this deal.

So the investor is looking to James’ long-term potential.

The article states that James is offering 10% of his earnings, not his net worth, but I’m going to assume it’s the same thing as otherwise the maths is horrible (you’d have to work out when James Ltd started paying out huge dividends in 20 years, or similar!)

What rate of return might the investor be looking for?

It will consist of:

The risks of this deal are almost impossible to quantify, but they include:

If James was a blue chip share you might add 4% to represent the equity risk premium – the excess returns you get for buying a share over a bond, and putting up with the volatility and the risk of losing everything.

The risks with James are much higher. I’m going to call it 13%, but clearly you could make up almost any number because there is no past data on investing £1 million in spunky 36-year old entrepreneurs.

Chucking this sum into a compound interest calculator gives us a final expected return of:

High, but perhaps not impossible for a brilliant entrepreneur.

But remember, the investor only gets 10% of James’ net worth!

This means the investor needs to expect James to be worth £2.4 billion by age 67, going on my assumptions, for the deal to stack up.

Clearly you can change the risk premium to produce all sorts of values. Yet even at equity risk premium rates he has to expect James to be worth nearly £230 million when he cashes in his investment. A heroic assumption to say the least!

Not so great for the entrepreneur?

If I could sell 10% of my future income for £1 million, I’d do it. Making one million pounds from saving and investing is hard work.

The reason I’d jump at the chance is a million right now is worth a lot more than £1 million in the future, due to the time value of money.

Clearly, no investor is going to be barmy enough to sign up to that. We have to assume James will be legally obliged to invest the £1 million into various start-up companies, or else to fund the expansion of his existing companies.

Running your own business is very risky. Having an investor legally forcing you to deploy £1 million in high risk/reward ventures is even more dangerous.

James could be pressured into spending the money too fast, blow up, and so lose all he has built up already – plus he’d have that extra 10% tax on his earnings for life.

This is even leaving aside the usual problems of external investment, such as having to operate with someone watching over your shoulder and second-guessing all your moves.

Don’t get me wrong, I think James should take the money. I’m just saying even for him it’s not ideal.

If the investor was buying say 20% of one of James’ businesses, no problem – you, me and James could look at the books and the market and do the maths. The investment would be ring-fenced.

This is why limited companies were invented!

Clearly, this deal is not a financial one. It’s at best a punt for someone super rich to get a human hobby horse, and at worst it’s PR for cheeky James.

But if anyone dumb has £1 million to invest in a modestly-growing financial blogger, you know how to contact me!

Update: James has linked to this article from his own website, where you can read more about his £1 million funding ambitions.

Question: Would you sell sum chunk of your future earnings for a million? How much would you give away?

Next post: Should you back Bolton in the China shop?