Could Scottish independence upend your investments? 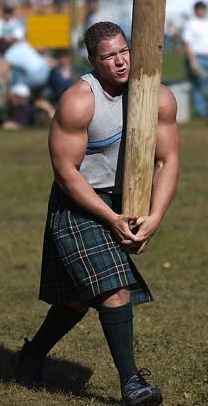 What would Scottish Independence mean for your investments?

It’s not something I’ve heard much discussed, even as the political accent has turned decidedly Scots recently.

Other consequences of Scotland doing a bunk – such as perpetual Conservative rule over the remains of Blighty, or what the Scottish would do with the US nuclear deterrent – get a lot of airtime.

But there could be far-reaching effects for UK investors that stretch beyond what to call RBS or Scottish Widows south of the border afterwards.

Your investments in Scotland

Scots hoarding their money may be a myth, but it’s been happily taken to heart by generations of fund managers and bankers.

No offence to any Welsh readers, but the departure of the Principality Building Society and the car insurer Admiral from the ranks of UK PLC wouldn’t be anything like as wrenching as a change of domicile for Scotland’s financial sector.

According to the Fundwatch website, some 14% of total assets under management – about £550 billion – are managed in Scotland. What’s more:

According to the London Stock Exchange, there are 116 companies listed on the main exchange and the Alternative Investment Market in total (including a number of investment trusts and investment companies) that call Scotland home.

I’m personally in Caledonia Investments, which is the family vehicle of a colourful bunch of Scots and also in the FTSE 250, but which seemingly doesn’t count (perhaps they all live in Mayfair?) There’s also the Edinburgh Investment Trust, which presumably escapes inclusion on the grounds it’s run by a sassenach, Neil Woodford.

Let’s leave aside whether it’s likely that Scotland will overturn the Act of Union with the aplomb of a distant relative down from Kilmarnock for a Home Counties wedding who upends a table after one too many whiskeys/snotty jibes.

The good news is I don’t see any immediate problem in owning Scotland-based companies now on the London market. Scotland might want to resurrect the Glasgow Stock Exchange someday, but at first Scottish companies would surely continue to trade alongside the many Chinese, Russian, and Kazakstanian companies listed in London. So neither Scottish or ongoing British (let’s call them British from here) would be left with hard-to-shift holdings.

The prevailing view is Scotland would stick with Sterling in the short-term, although before the Euro became as popular as a Greek at a plate factory, many Scottish Nationalists sang its praises. Whether the two countries using the pound would work is arguable, but there’s a grander experiment going on over the Channel. In the long-term, if Scotland was to adopt the Euro, Scottish-based investment trusts and OEICs might offer a choice of currency-denominated shares, as some other multinationals already do with say dollars and pounds.

If Scotland won the right to tax and spend on its own account after so many years, I don’t see why foreign investors in Scottish companies would be let off the hook. Presumably, withholding tax would become liable for UK owners of Scottish investments, and vice-verse. Hopefully, our shared history would encourage brokers and other platforms to make managing the tax far more straightforward, or even automatic.

Scotland won’t be able to properly police its financial services from day one. Though the UK hardly does a perfect job either, I’d guess Scotland would ‘rent’ the services of the FSA and others, for a few years at the least. It would be important to keep an eye on where and how your investments (including cash accounts) were being regulated, who would stand behind compensation claims, and so forth.

Ah, the black gold that will have Peak Oilers decamping to Aberdeen at the first sign of Scotland becoming a commodity economy! How exactly the oil reserves would be divvied up would be crucial. If Scotland got a per-capita allocation to rights to the oil, then with less than 10% of the UK population it would hardly be a bonanza. However, if the SNP and others got their way, it could receive over 90% of the reserves according to geography, which Reuters estimates is worth about £13 billion a year. Useful, given some argue Scotland is receiving a £16 billion or so subsidy from the rest of the UK today.

Despite wanting most of the oil, the SNP only wants its population’s share of the UK’s enormous national debt. And who can blame it? We’d be getting into the realms of politics here, but needless to say neither country – or its investors – is going to get a treasure-filled settlement as a result of the divorce.

Another thing the SNP apparently doesn’t want a share of is the UK State-backed banks RBS and Lloyds, or the £66 billion bill for investing in them. It says the banking crash is London’s problem. Former chancellor Alistair Darling disagrees, saying that the RBS and HBOS fiasco was made in Edinburgh, and that they only survived because the whole country supported them. The Scottish economy is only worth £140 billion, so it would be even less able to shoulder the £1.5 trillion or so in assumed liabilities of the banks than the UK.

As a Londoner, I’d personally be happy with Scotland leaving these debts and assets to us. I think British taxpayers will eventually make a profit on our by-then foreign owned banks.

Another elephant in the room. Dividing up the UK gilt issuance by population on a roughly 8:92 basis between Scotland and the ongoing UK would be nightmare, and would trigger a credit event in bond market terms. It’s more likely the new governments would create some kind of debt facility that the Scots would have to pay-off in lieu of their share of gilts.

According to the specialists at M&G’s Bond Vigilantes blog, Scotland would be unlikely to get a AAA-rating for its debt, mainly on account of its spindly GDP growth. The UK might still warrant a AAA rating on fundamentals, but the turmoil merely hinted at above of splitting Scotland from the UK could see our debt downgraded anyway on sentiment grounds.

A re-rating for England and Wales?

Still, I wonder if the remaining UK would actually enjoy an upgrade in the wake of Scottish independence? The markets might react favourably to perma-Tory government (even if many citizens wouldn’t) as well as the loss of the drag from the heavily public sector-weighted Scottish economy and its liabilities.

The loss of the UK’s oil reserves wouldn’t be the disaster they’d have been 20 years ago, and I’m not some oil groupie anyway. Give me the more vibrant and creative South East over a bunch of black gloop that’s boiling the planet.

These are just some of the issues for investors that might emerge from Scottish independence – please do share your own thoughts in the comments below!

Previous post: Weekend reading: Are REITs right when saving for a deposit?