Weekend reading: We might have bigger problems than a bad Brexit

The few innocents who still believed Jeremy Corbyn could be a Bobby Ewing character to wake the country from its bad Brexit dream have had a nightmare week.

The Euro-sceptic Labour leader wrote to Theresa May setting out a Brexit compromise, and as the FT [search result] puts it:

The letter not only shows how the Labour leader is trying to wriggle away from a second referendum, to the frustration of shadow Brexit secretary Keir Starmer.

It is also a symbolic moment that gives succour to the many Labour MPs who are tempted to back the government because they fear a no-deal exit.

Labour MPs are turning on one another, while the right of the long-fractured Tory party is playing some kind of Keyser Söze move against itself.

As this two-year farce approaches a head, you’d find more trust among slip-sliding latecomers to the Red Wedding.

No wonder the exasperated EU let slip the pretense that it believes it is negotiating with grown-ups who know what they’re doing.

Surely even the most sensible and sober-minded sovereignty-seeking Leave voter must be embarrassed by now.

Two years in and the Brexiteer MP Kate Hoey is still able to label elected MEP Guy Verhofstadt an ‘unelected bureacrat’ to social media applause, with no effective push back from Remainers or the press.

Meanwhile other Brexiteer MPs state nonsense like “no Marshall Plan for us, only for Germany” – when Britain was the chief beneficiary of the Marshall plan – only to get slapped on the back by a dad’s army of Barry Blimps desperate to stockpile cabbages in an old Anderson shelter at the bottom of the garden.

The civil service is paying particular attention in its no-deal contingency planning to those same regions that cheered on Brexit – because those areas will be hardest hit by the no-deal that many of them seem to desire.

And our negotiating strategy? It’s come down to shouting “the EU will sacrifice their politics for economic reasons” whilst defending our Brexit as “more important than economics”.

Indeed expressing a view on Brexit nowadays is not so much like revealing something about yourself through a Rorschach test as playing a bookish version of Cards Against Humanity.

Won’t anyone think of the capitalists?

Negotiating Brexit through Parliament has devolved into constitutional Jenga played by blindfolded drunks over a fire pit.

But when the dust settles we’ll (presumably) still be a functioning capitalist democracy – and then the old questions that helped fuel Brexit will return.

Among the most important: What can be done to bring ‘the people’ back to capitalism, and pronto?

To some Monevator readers over the years, my concerns about, say, income inequality or environmental degradation have sounded excessively socialist.

Which is ironic given that among many of my friends and most my family, I’m caricatured as a Vulcan-like free marketeer who knows no such thing as society and only barely has time for Building Societies.

I believe capitalism is a force for good, but it must operate within constantly reworked rules designed to spread the bounty of its golden eggs without killing the goose that laid them.

Whenever you propose a new rule – or even just a rule tweak – the laissez-faire ultras accuse you of being a confused Marxist with a share dealing account.

So regulate we must.

Nobody except the oligarchs and CEOs want that, but that’s what we seem to be getting more of.

So I think it’s fair to say capitalism has seen better days in the West.

But too many feel left behind, and a fair chunk with good reason.

Rising nationalism – Brexit, Trump – and the daily internecine battle that is politics on Twitter are signs of ebbing faith that capitalism is working.

And given capitalism is the greatest economic tool we have for fostering productivity, innovation, and higher living standards, I find that mildly terrifying.

My article How To Be A Capitalist was my own small attempt to win back some of Thatcher’s childish children (and grandchildren) who sneer at markets and vote for Corbyn while jetting around the world taking selfies on iPhones whilst decked out in designer brands.

I saw Jacob Taylor, the author of The Rebel Allocator, express a similar view in a Q&A on Abnormal Returns this week:

“Capitalism itself is under attack. I believe this to be a mistake, perhaps even an existential one for those of us in the US.

When was the last time you went to the grocery store and all of the shelves were barren? How do we coordinate to make sure we make the right amounts of everything without too much waste and rarely shortage?

I’d call that a miracle hiding in plain sight.”

There’s a disconnect between the system that supports us and how many of us feel about it.

That’s dangerous. Living with an incoherent and economically pointless Brexit could yet be the least of our concerns.

Our updated guide to help you find the best broker – Monevator

From the archive-ator: Coping with the guilt of losing money – Monevator 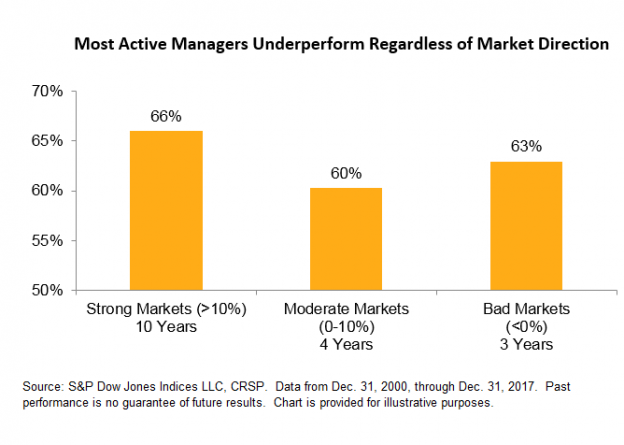 A pitch for using a low-volatility emerging market ETF – BlackRock

Do you really need to chase the market’s return to hit your goals? – Demonitized

The real cost of raising a child – The Humble Penny

Should pension funds invest in riskier assets, just because they can? – Young F.I. Guy

No pain, no premium – Flirting with Models

Antifragile: Things That Gain From Disorder by Nassim Nicholas Taleb – £1.99 on Kindle

ReWork: Change the Way You Work Forever by Jason Fried – £1.99 on Kindle

Unscripted: Life, Liberty, and the Pursuit of Entrepreneurship by MJ DeMarco – £0.99 on Kindle

My disabled son: “The Nobleman, the philanderer, the detective” – BBC

The battle for the future of Stonehenge – Guardian

If you’re a fan of Dan Carlin’s Hardcore History as well as Game of Thrones, you’ll love this [Podcast] – via YouTube

The death of a dreamer – Quillette

“Just about everything you learned in school about life is wrong, but the wrongest thing might very well be this: Being well rounded is the secret to success.”
– Seth Godin, The Dip: The extraordinary benefits of knowing when to quit