Weekend reading: Great work ends early whether you want it to or not

There’s a big article to be written about the FIRE movement (though I still don’t like the name) and what it can and can’t deliver for its growing band of adherents.

With ever more aiming to ride the wave to the island of early retirement (or maybe getting washed up on that shore by fate) it’s not surprising to me to find the sea catching quite a few by the heels and dragging them back out again.

It turns out the promised land isn’t exactly what they expected – or else they discover they’re not quite who they thought they were.

For now though I just want to highlight a thought-provoking article in The Atlantic this week that’s more than tangentially relevant.

In Your professional decline is coming (much) sooner than you think, the author warns high-flyers in the prime of their life that the decline and even demise of their careers is almost inevitable. Biology will catch you, even if you escape the siren call of the personal finance bloggers!

So do not ask for whom the bell tolls:

According to research by Dean Keith Simonton, a professor emeritus of psychology at UC Davis and one of the world’s leading experts on the trajectories of creative careers, success and productivity increase for the first 20 years after the inception of a career, on average.

So if you start a career in earnest at 30, expect to do your best work around 50 and go into decline soon after that.

The whole piece is well worth a read. But isn’t it interesting that the frustration identified by some of those desperate to retire early might not be all to do with work itself – and more to do with their waning place in it?

Is early retirement seen through this lens a precocious mid-life crisis? Instead of splurging to buy a sports car, you squirrel away the money to do so if you wanted to.

Don’t get me wrong! I continue to think financial independence is a great goal for nearly everyone – and retiring early worth a try if you’re keen. It took me a mid-career sabbatical / snoozefest to realize I’d probably always want to do some paid work for as long as I could.

Maybe you’ll have to retire early to discover similar. Hopefully no harm done – it’s a joy to be financially free even in an office of wage slaves, though I’d keep it under your hat and be careful not to betray yourself in the Secret Santa.

At the same time, you might consider that you and the harried 50-something man without a plan from accounts that you just bought a pair of vintage Bart Simpson socks for might have more in common than you think…

The same question: “What next?”

From the archive-ator: Gold as an asset class – Monevator 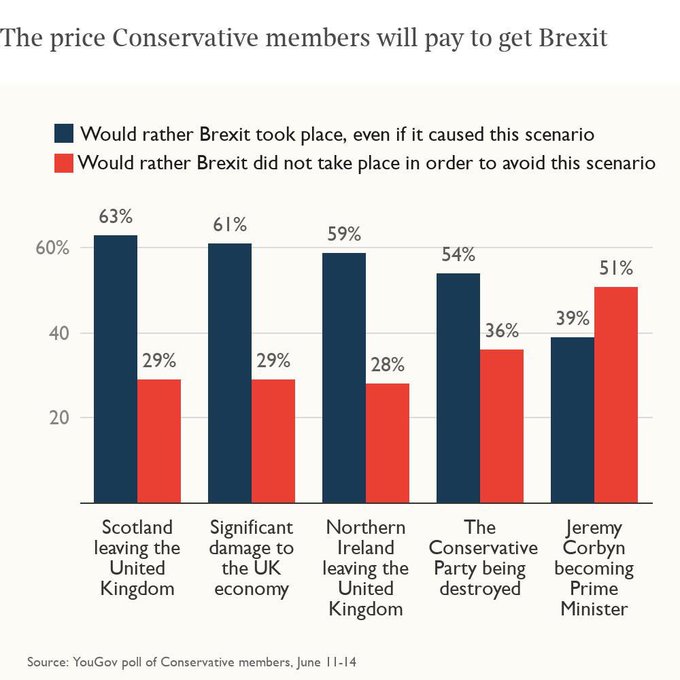 Remember when the Conservative party was conservative? – YouGov via Twitter

Morningstar finds its [own…] fund ratings do add value – Morningstar

For hedge funds to survive, they best have at least $250m in assets says Goldman Sachs – Bloomberg

‘Amazon’s Choice’ does not necessarily mean a product is any good. [It’s a robo-verdict] – Buzzfeed

Taylor Swift has an economics lesson for you – Bloomberg

Early retirement can be a killer, so start your planning now – USA Today

What role do bonds play in a portfolio? – Morningstar

What was the greatest asset bubble of all time? – Of Dollars and Data

Why do we need inflation? – A Wealth of Common Sense

Your financial mid-life MOT: is it time for a tune-up? [Search result] – FT

The Millionaire Next Door by Thomas J. Stanley – £0.99 on Kindle

How to Make a Living with your Writing by Joanna Penn – £0.99 on Kindle

Bean Counters: The triumph of the accountants and how they broke capitalism by Richard Brooks – £2.59 on Kindle

What really happened to Malaysia’s missing airplane – The Atlantic

“The fact that a thesis is flawed does not mean that we should not invest in it as long as other people believe in it and there is a large group of people left to be convinced. The point was made by John Maynard Keynes when he compared the stock market to a beauty contest where the winner is not the most beautiful contestant but the one whom the greatest number of people consider beautiful.”
– George Soros, The Alchemy of Finance