Weekend reading: What a drag* it is getting old

How are you feeling? Pretty comfortable? Enjoying the stock market recovery? Ready for a relaxing weekend?

Well I’m here like the Angel of Bad Breath to cause a stink with the following miserable graph, which comes courtesy of The Retirement Field Guide via Abnormal Returns: 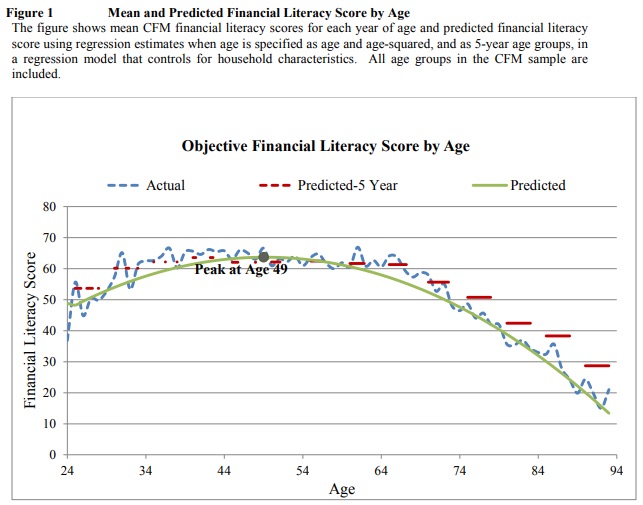 The graph shows how after the age of 60, financial literacy decreases by about 1.5% a year.

But the harsh truth is that as we get older, our cognitive abilities decline. This is especially true with regard to personal finances.

In an era when we’re being charged with taking control of our finances as never before – from how we save for retirement to how we invest our pensions – this seems to me a wrinkled grey elephant in the room.

Older and not wiser

Even worse of course is that we don’t want to admit to any decline. Just as we’re all better-than-average drivers, so we’re destined to believe we’re on top of our finances long after we’re not.

And let’s face it, older people aren’t exactly receptive to being reminded of these issues. My mother already thinks young people have it in for her generation by questioning its stance on Brexit.1 It’s easy to guess how they’d take to being told they don’t know best what to do with their own money.

I’m saying “they” but I appreciate not a few of you are in this older age group. Besides, I know what I’d say if confronted for the first time at 75 by someone saying they needed to take control of my investments (er, “f…lounce off!”) so we’re all in this together.

Clearly there needs to be more discussion – not least on our own site – as to how to guard against the potential downsides of poor decision-making in our later years. Children should be involved before they’re needed if they’re around, capable, and willing. If they’re not all three, there’s a role for trusted friends or professionals.

Many of us may aspire to remain mentally agile Warren Buffett types at 90 – that’s long been my goal – but it’s not in our gift to make it so, however many crosswords we do and new languages we try to learn.

“I’m mismanaging my own money”

Incidentally, this decline also has a potential impact on asset allocation decisions and other aspects of portfolio management that you rarely see referenced in the literature.

At the least it’s a tick in the box for underwriting your minimum income requirements with a simple annuity.

I also wonder if I should better incorporate it into my arsenal in my on-running guerrilla war against the “Screw income, total return is all that matters, sell capital each year!” passive orthodoxy.2

I’ve noted in previous skirmishes that calculating how much to withdraw and selling down your capital each year might seem a fine plan at 45, but it could be terrifying prospect for a mentally slipping and frightened 80-year old.

Monevator contributor The Greybeard has pondered this quandary, too.

Perhaps relying on a portfolio of income generating funds dumping cash into a current account (i.e. not even bucketing) would also be beyond me in that state but it seems intuitively to be a lower hurdle.

Again, what a shame (most) financial professionals don’t have the same reputation as say doctors. There’s an obvious need here. But not an all-encompassing obvious solution.

Enjoy the weekend, whatever age you are!

p.s. I’ve closed the poll in our great debate about whether to include your house in your net worth number. In the end 54% of you voted yes and 46% said no, with nearly 1,200 readers voting. The comments on that article were excellent, too – well worth a read if you’ve only seen the post over email. Thanks to everyone who chipped in!

We updated our broker table, and there’s a couple of new entries – Monevator

From the archive-ator: Gold as an asset class – Monevator

Did grandad have it easier? FCA to study financial divergences between generations – FCA 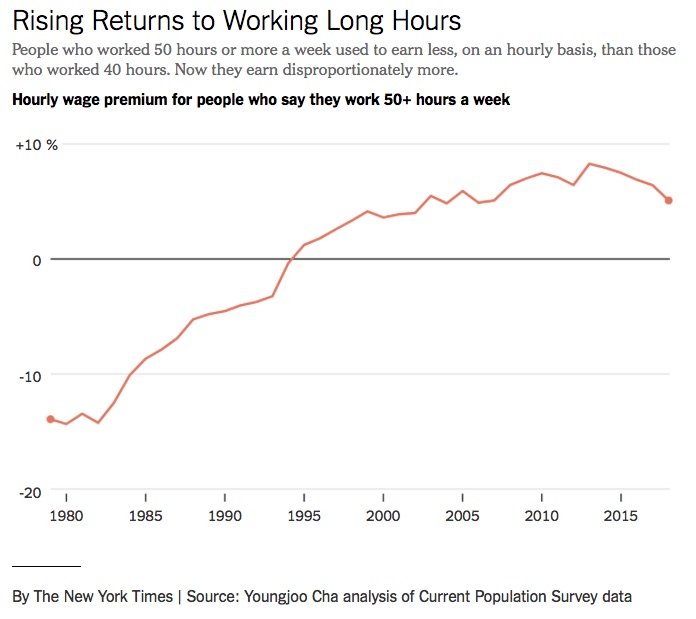 Equity release: how to squeeze money out of your home [Search result] – FT

Track your portfolio with Rebo [In Beta, the creation of a UK money blogger] – Liberate Life

Out of the ordinary houses for sale [Gallery] – Guardian

The inside story of Amazon Prime – Vox

Buy a £1.7m villa in Cyprus and qualify for a Golden Visa to stay an EU citizen – ThisIsMoney

Nudge: Improving Decisions About Health, Wealth and Happiness by Richard Thaler – £1.99 on Kindle

Zero to One: Notes on Startups by Blake Masters and Peter Thiel – £1.99 on Kindle

The Personal MBA: A World Class Business Education in a Single Volume by Josh Kaufman – £1.99 on Kindle

The gambler who cracked the horse race betting code – Bloomberg

The $70bn quest for a good night’s sleep – Fast Company

The story of London’s tech start-up scene, as told by those who built it – Wired

She was “the queen of the mommy bloggers”. Then her life fell apart – Vox

The errors that I don’t see – Of Dollars and Data

Next post: Why I’m saving and investing for the disaster to come