You know you have a decent market sell-off on your hands when brokers start to experience outages due to trading volumes.

So it proved in the US this week, when the multi-billion dollar startup Robinhood periodically prevented its users from accessing the market after its systems froze in the face of coronavirus panic trading.

James Koncar, a Robinhood user from Tampa, told Business Insider that he’s upset at missing out on the action:

Koncar said he reported Robinhood to the Securities and Exchange Commission and is considering filing a complaint with FINRA1 — and added that he won’t be using Robinhood in the future.

“Sure, I lost money, but there’s no guarantee that I would’ve sold at open Monday. The point was I was completely unable to until it was too late,” he said. “They opened the door for other brokers to offer commission free trading and I will be taking advantage of that with another broker.”

Perhaps in the post-correction future, Robinhood customers will sue the firm for actually being open for business later on in the week and therefore enabling them to panic-dump their shares?

My cynicism aside, as far as I know all the major retail brokers in the US now offer commission-free trading, after Robinhood kicked down that particular door.

With its USP gone, I wonder if Robinhood will become one of the first major market victims of the coronavirus – or at least a takeover target?

In the UK most non-fund investors are still paying to trade – though Freetrade has begun to challenge that after it scrapped even its modest £1 fee for instant orders. (Sign up via my link and we both get a free share).

And in the absence of (tax) free trading, churning our portfolios – rarely a great idea, anyway – can be a definite drag on returns.

When we get scared, our brains produce the hormone cortisol, fueling our fight-or-flight instinct. This served us well for thousands of years when we were running from predators on the savannah.

The prevalence of news and information (and misinformation) is fueling those fears at an instantaneous reaction speed.

What is an investor to do?

‘Nothing much’, is her sensible conclusion.

The latest estimate from scientists at Imperial College is the virus has a death rate of around 1%. While lower than early estimates, it’s still much worse than normal flu. However it’s far far less deadly than SARS and the other exotic killers.

And as I stated last week, from the perspective of assessing Covid-19’s long-term hit on the economy, it’s not heartless to note that the vast majority of those who die will be elderly or infirm, and that quite a few would have died fairly soon anyway. Rather, it’s essential.

This doesn’t mean their deaths matter less in human terms. Every death is a tragedy for someone. But it’s a far lighter economic blow than if the virus was stalking 30-somethings.

As Jeremy Faust writes in Slate:

Yes, this disease is real. And, yes, there truly do appear to be vulnerable patients among us, those far more likely to develop critical illness from it. And that relatively small subset, if infected in high numbers, could add up to a tragically high number of fatalities if we fail to adequately protect them.

The good news is that we have huge advantages to leverage: We already know all of this and have learned it remarkably quickly. We know how this virus spreads. We know how long people are contagious. We know who the most vulnerable patients are likely to be, and where they are.

Healthy people who are hoarding food, masks, and hand sanitizer may feel like they are doing the right thing. But, all good intentions aside, these actions probably represent misdirected anxieties.

When such efforts are not directly in service of protecting the right people, not only do they miss the point of everything we have learned so far, they may actually unwittingly be squandering what have suddenly become precious and limited resources.

The stock market doesn’t care about the miserable sight of bodies piling up in the morgue. It isn’t irrational. The crash that is going on right now represents humanity’s greatest prediction machine trying to figure out the scale of the hit to corporate earnings. That’s its job.

Our goal as investors is typically to try to be richer in the future than we are today. We make our decisions accordingly.

The only way to ensure you’re not poorer tomorrow – literally – is to sell everything right now. But most people who do that will struggle to get back into the market at a better time. They will likely end up poorer for their actions in the long run.

So we raise our eyes to a further horizon. If you’re retiring in ten years and you have a plan based around a sensible asset allocation and realistic return expectations, what’s changed?

Keep on keeping on.

This is true even if we do see long-term societal changes in the aftermath of the virus. Some are predicting a change in working patterns, for example, or a mass re-shoring of manufacturing previously sent to China.

I wouldn’t ask a man running about in a house on fire where he see his career being in five years. But I suppose there could be consequences.

Never mind, assuming you’re a passive investor. Some companies may profit if more of us work from home in the future , as the blogger Indeedably predicts. Others will suffer if this scare teaches people they don’t need to fly so much or have so many face-to-face meetings.

But companies are always rising and falling, just like the overall market. You own them all in your index funds. Fluctuations were baked into your return expectations.

This too shall pass.

In my lifetime alone, we have seen the rise and decline of quite a list of worldwide health scares, each of which was covered in the news with similar intensity to what we see today. AIDS, Ebola, SARS, Bird Flu, and the 2009 Swine Flu pandemic, also known as H1N1. That one was particularly serious in retrospect, having infected between 11-21% of the world’s population and taking the lives of about 500,000.

Yet here we are, with that fearful event gone from the rearview mirror and a global economy that is far richer than it has ever been.

Which is exactly what we will eventually be saying about the present moment in time, from our vantage point in the even more prosperous future.

I suggested last week that most of us could get Covid-19 over the next few months. The official UK thinking seems to be moving in that direction.

Meanwhile the chief medical officer now reckons that 50% of cases will probably happen within a three-week period and 95% within a nine-week period. The capacity for strain is clear

Still, do you think this virus will seem quite so scary, when we all know people who’ve had it and we’ve possibly had it ourselves?

Unless you plan to dedicate yourself to this crisis full-time, I’d suggest you’re best off ignoring it from an investing point of view. The media is certainly full of nonsense. To give just one example, I heard apparently sensible people on the financial television today saying it was time to buy China because “the rest of the world had to deal with the virus” whereas China is “moving on and returning to normal.”

Is it credible that the world will suffer a coronavirus pandemic while its most populous country is granted some sort of nationwide immunity, due to one city getting there first? I’d suggest not. Yet that was presented as a sensible scenario by someone with billions of assets under management. These people are out of their depth.

The science is fascinating, and I’ll continue to track it. By all means try not to catch the virus. Definitely look out for those most vulnerable in your life – and perhaps help them part-isolate before they get the virus, rather than afterwards. Follow the story for intellectual reasons, and wonder if Google’s AI has already guessed at its underlying structure.

Be prepared to mourn someone.

Know that your portfolio could potentially go down another 10-30% or more. I don’t expect the worst, but it happens often enough and it’s clearly possible given that we’re probably headed for recession. Be prepared for such a slowdown.

And have a great weekend.

Chancellor urged to cut taxes to save stricken airlines [But what about the carbon, eh?] – ThisIsMoney 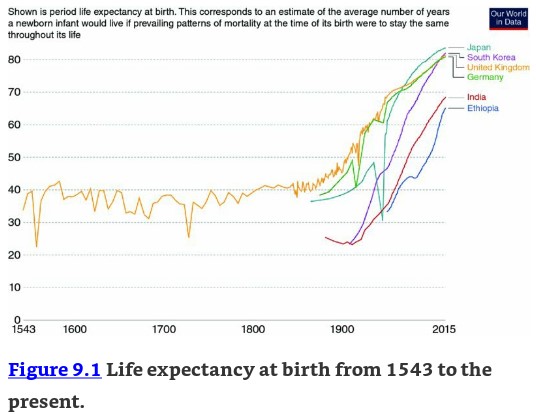 Despite income gains, higher economic growth, and technological innovation, there was no meaningful change in UK life expectancy between the 1540s and the 1850s. Then hand-washing became understood and after that penicillin was discovered – A Wealth of Common Sense

As the ETF turns 30, it is time for active managers to embrace it [Search result] – FT

Will you be refunded if the virus causes your flight to be cancelled? – Guardian

Do peer-to-peer loans deserve a place in your ISA? [Search result] – FT

John Lee: You too could become an ISA millionaire [Search result] – FT

Your portfolio was built for this – The Retirement Field Guide

The Get Rich portfolio – Meb Faber

Think about what you have, not what you lack – The Simple Dollar

The hidden fixed income benchmark risk [Nerdy, US, only relevant if you go beyond gilts] – Mark Rzepczynski

The real reason the Fed had to cut rates by 0.5% [Keep reading down for updates] – Calafia Beach Pundit

The Immigration Bill: A tragic end to British rights and freedoms – Jessica Simor QC via Twitter

How Women Rise: Break the 12 Habits Holding You Back by Sally Helgesen – £0.99 on Kindle

“Historian Alfred Crosby, who told the story of the flu in America, argued that democracy was unhelpful in a pandemic.”
– Laura Spinney, Pale Rider: The Spanish Flu of 1918 and How it Changed the World

Next post: Investing in the face of a disaster