What The Big Short teaches the little guy 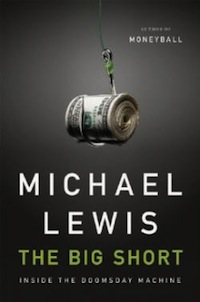 Not many finance books read like a thriller. Yet The Big Short

, Michael Lewis’ account of the US sub-prime mortgage implosion – the trigger for the credit crunch – contains enough conspiracy, paranoia, and intrigue to keep you up at night, wondering why the perpetrators aren’t in jail.

They played a trillion dollar game of pass-the-parcel with sticks of dynamite marked Collateralised Debt Obligations (CDOs). Each player took their cut of the profits and bet that they could offload the incendiaries onto someone else before it all blew up. 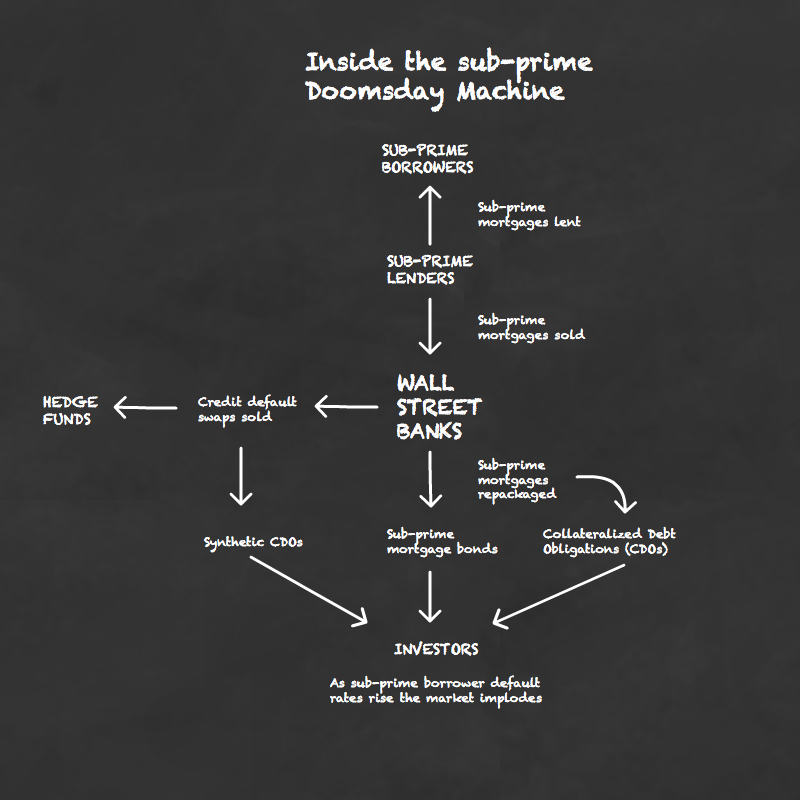 The story of The Big Short

unfolds as a tale of outsiders (a misfit group of hedge fund managers) who come to realise the game is rigged to explode.

They fight the system the hedge fund manger way – not by taking out the bad guys, but by shorting them. It’s a giant bet that stands to make them rich but which they come to see as a bet against the entire financial system and ultimately society itself.

Just like Titanic, the story isn’t spoiled by knowing the ending, because The Big Short is really about how it all began. Uncovering the origins of the disaster that ended in the massive destruction of wealth, huge job losses, and colossal debts that we’re burdened with now.

How they got away with it

This book takes you into the black box and reveals the inner workings of CDOs and credit default swaps in language a mere mortal can understand.

Yet Lewis’ finest achievement is to humanise the event. He transforms it from an unstoppable chain reaction of market forces into a more comprehensible study of human immorality and greed.

And that’s when you become angry at Wall Street. When you realise how obscene, avoidable and unjust the credit crunch and its consequences were.

The perpetrators of the crisis became very rich. They banked fat profits while ignoring the tottering pile of risk that was building. And when it all came crashing down, the billions in losses had to be absorbed by using the livelihoods of ordinary people as crash bags.

But there’s no point getting mad, our only duty is to get even. And that means learning the lessons The Big Short has to teach us about the people at the heart of the financial system.

According to Michael Lewis, the Wall Street banks tricked the rating agencies into approving assets that should have been slapped with a health warning. The rating agencies played dumb because they were scared of losing business from the banks. In other words, conflicts of interest are rife.

Few financial players will prioritise the interests of the small investor. As The Governor of the Bank of England Mervyn King has remarked, many in financial services believe:

If it’s possible to make money out of gullible or unsuspecting customers, that’s perfectly acceptable.

It’s buyer beware out there. Stay sceptical about everything and everyone.

The smart advice is to avoid stock picking if you’re a private investor. While you might do weights once in a while, you’re walking into a bar-fight with the financial SAS. Your opponents’ access to data and computing power is the equivalent of pitting a chain-gun and airstrikes against your flick-knife. Let’s just say, you’re hoping for a lucky shot.

But it’s all easy to ignore that advice. We never look our investing opponents in the eyes. How hard can they be? Lewis puts together a compelling photo-fit of the ruthless, immoral, workholic hombres you’re up against.

Investing is a zero sum game. We lose, they win. So tread warily. Better still, don’t play the game – invest in index trackers.

Lesson Three: No one cares about you, except you

The list of the culpable in The Big Short is shocking. Wall Street’s greed may not be so surprising but the lack of due diligence by pension funds certainly is.

Many didn’t properly vet the sub-prime assets they bought into. They also hired asset managers who scooped up piles of toxic CDOs because they were paid according to the scale of Assets Under Management, not by quality of results.

In a world where everybody is out for number one, the only way to protect yourself is to do it yourself.

People were making a killing from sub-prime before the crisis hit. Bond traders, banks, insurance companies, hedge funds and pension funds all piled in for a piece of the action.

Most had no idea what they were really buying and how dangerous it was. That’s why so many lost billions when the market turned against them.

If you don’t understand an investment then run a mile. If it seems willfully confusing then that’s almost certainly because it contains some unpleasant side-effect that the seller would prefer you not to know about.

It’s easy for small investors to ignore the warning signals. Many don’t bother to unravel complexity or just think they’re being slow on the uptake. We assume protection that doesn’t exist. An investment is probably okay, or else why would it be allowed?

The industrial-scale concealment and blundering witnessed in The Big Short puts paid to that kind of innocent thinking.

Lesson Five: It’s hard to swim against the tide

The handful of hedge-fund managers who bet against the sub-prime market set themselves up for life. But they had to endure years of doubt and ridicule from the mainstream before their bet paid off. They looked like prize chumps when everyone else was riding the sub-prime rocket ship to the stars.

It’s hard not to get swept along when everyone else is charging in the same direction. Ultimately, the heroes of The Big Short show that winning is about setting your own course and then having the mental courage to believe in yourself.