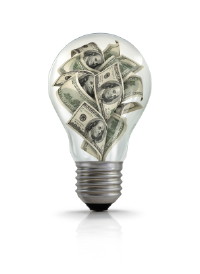 This week saw the launch of a big money competition from Shopify, a leading online store vendor.

The American entrant who sets up the new Shopify store that achieves the greatest turnover within any two-month period over the next six months will win $100,000.

Sadly, the rest of us around the world (even Canadians!) aren’t eligible for the cash prize.

But we can still claim the moral high ground by beating our Colonial cousins. We can also access the tutorials and forums that Shopify is running.

And, of course, we can make money!

The cutthroat quest for customers began on January 1st, but you’ve only missed a handful of trading days if you start now, and the two-month criteria means there’s plenty of time left to win.

A nation of online shopkeepers

In theory, I’d love to set up a shop. It’s the antithesis of what I do in my daily work, which is increasingly ephemeral and insubstantial.

What do I do? I’m paid to blow bubbles spun from dreams. (Okay, not really. Just the standard Western consultancy type stuff).

There’s definitely good money in Internet retailing, and you don’t have to be Amazon-sized to make a fortune. I personally know someone who is a self-made millionaire through peddling weird stuff online.

Shopify is considered amongst the best of the current crop of off-the-shelf store packages, too. They host your shop for you (under your own custom domain) and I like the monthly pricing structure:

Software as a service makes paying for your own store affordable

If you fancy entering the Shopify competition and you’re UK-based, I wouldn’t let the lack of eligibility for the grand prize put you off.

You probably wouldn’t have won anyway. The fact is the winner will almost certainly be either:

More importantly, who cares if you win $100,000 if you’ve got a burgeoning online shop in six months that could make you far more over the years to come?

The reality is online retailing is as difficult as everything else that’s lucrative: Most shops will fail.

I doubt the top 10% will regret getting started for a second, though. Good luck if you enter! 🙂

Previous post: Should you lose pay when snow keeps you from work?