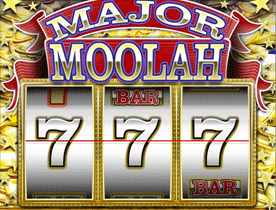 Ever heard the noise a fruit machine makes when you score three gold bars in a row?

Something similar can be heard gushing from the UK small cap sector at the moment, as public and private companies:

If you own shares in any small to mid cap companies, you should keep an eye open for dividend surprises.

Directors paying dividends to themselves

Such companies are often owned by a handful of high-earning founders. By paying a big early dividend, those shareholders avoid paying an extra 10% in income tax compared to paying it out in just a few week’s time.

Paying special dividends is also happening with listed shares, albeit in some cases where the shareholders and the directors are one and the same.

The first company I saw going down this route was Goodwin, a splendid Northern engineer that makes huge valves for oil wells. (I hold).

Way back in August 2009, always innovative Goodwin announced it was paying an ‘extraordinary dividend’ to shareholders, adding:

The timing of this additional dividend payment will allow shareholders to maximise their position in relation to the 10% tax increase that the Government has implemented on dividends to help finance the banking crisis costs.

Goodwin is majority owned by the Goodwin family who run the company, so it’s true they’ll be rewarding themselves – and minimizing their own tax bills.

Good for them, I say. Goodwin has been prudently run for years, and I don’t see why the family should suffer because a less prudent Government now moves the goalposts.

Another company paying a special dividend ahead of April 6th is Hargreaves Lansdown, which is named after the two founders who still own more than 50% of the stock. Staff hold a further 15%.

According to the Financial Times, its special dividend will save Mr Hargreaves and Mr Lansdown a cool £1.2 million in taxes.

As an alternative strategy, some companies are paying early dividends that aren’t due until after April 5th.

In a trading statement on February 17th, Churchill China said:

The Board believes that it is in shareholders’ interests to accelerate the timing of this year’s final dividend payment and therefore the second interim dividend is intended to replace the final dividend that would normally be paid in August 2010.

According to Digital Look, companies as diverse as Abbey Protection, First Property, and UBC Media have all recently said their doing the same thing.

I’m not surprised paying special dividends and paying dividends early is happening ahead of the tax hike. But I am surprised it’s not attracting more attention.

You can just see the headline’s screaming about greedy shareholders. Perhaps dividend tax rates are a bit complicated for the Six O’Clock News?