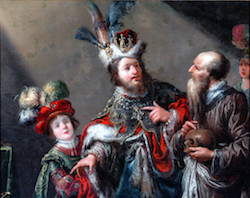 The ISA has long been an incredibly attractive way for UK investors to shield their investment income and capital gains from all taxes.

Some or all of that allowance can now go into an Innovative Finance ISA. Similar to a cash ISA, this enables you to shelter the higher income you can get from peer-to-peer platforms from tax (although big boys Ratesetter and Zopa have yet to win approval for theirs).

The ISA has also become a weapon of redistribution, albeit one with a distinctly Tory slant.

The Lifetime ISA / Lisa enables young (and young-ish) people to save up to £4,000 every year into a special new ISA wrapper. This money is then boosted by the Government by 25%.

The money in your Lifetime ISA grows tax-free, as with normal ISAs. It can later be used to buy your first home or else be put towards retirement.

Here it is illustrated in one official government graphic:

This graphic is actually a bit misleading. It implies the bonus is static, whereas the Treasury’s own documents make clear the bonus becomes part of your total Lifetime ISA pot that compounds over the years. Also, from April 2018 the bonus will be added monthly.

Well, it might be, but complications abound with the deceptively simple Lifetime ISA and there are harsh penalties if you stray off-piste.

(Spoiler alert: I think everyone who can open a Lisa should do so, but in many cases with just the minimum contribution allowed. For example Hargreaves Lansdown will let you open one with just £100. This way you have it should your circumstances change, even after you’re too old to be allowed to open a new one).

Let’s run through the key points.

You can open a Lisa if you’re just one day shy of your 40th birthday (and as mentioned I think you should).

After that, computer says no.

How much can you put in?

The showstopper attraction then is you get an added £1 for every £4 you put into the Lifetime ISA per year, up to the £4,000 limit.

That’s much better than with a normal ISA, where you pay in taxed money and get no extra top-ups.

Indeed it’s free money – always the safest return.4 For the youngest Lifetime ISA savers, it could add up to tens of thousands of pounds of bonus payments over the decades (presuming the scheme survives.)

There are no minimum or maximum monthly contributions to the Lifetime ISA. You should be able to save whatever you want each month, up to the £4,000 a year limit.

What about my other ISAs?

How can I invest my Lifetime ISA money?

Qualifying investments for a Lifetime ISA are the same as for a normal ISA. Cash, shares, bonds, investment trusts, ETFs, funds – all should be fair game.

This means that unlike with a Help to Buy ISA (which is limited to cash) as a Lifetime ISA owner you can take your government-sourced money and prudently invest it into shares.

However there’s a snag. In theory, all those assets I listed can be held in a Lifetime ISA – but currently there are no cash Lifetime ISAs available.

This is a pretty strange state of affairs, and it won’t last if the Lifetime ISA survives.

In the meantime, if you are risk averse (perhaps because you think you’ll need the money in a few years for a house and you don’t want to risk the ups and downs of the stock market) you could perhaps open a Lifetime ISA that’s meant for shares, and invest your money and the bonus in a short-term bond ETF.

Or you could just wait for cash Lisas to become available.

How you can use your Lifetime ISA

At last the good bit! You can use the money in your Lifetime ISA in two different ways:

To buy your first home

This last point begs the question of what else to do with your Lifetime ISA money if you don’t buy a house?

Aha! That brings us to the second permitted use…

Put it towards your retirement / later fund

The official line is you will be able to leave the money invested if you want to after you’re 60. You should also be able to transfer your money to another type of ISA.

For example, perhaps Innovative Finance ISAs will be providing would-be retirees with a steady tax-free income and various safeguards in two decades time?

Frankly, who knows what the landscape will look like in 20 years. (Just one reason why constant government tinkering is unhelpful. It adds more uncertainty.)

Assuming the ISA regime survives until 2037 and beyond, I expect that when the first Lisa owners hit 60 there will be lots of options.

Now we come to the big sting in the tail – the potential penalty charges.

You can withdraw your Lisa money without a charge if:

Otherwise, you face a penalty.

This charge is tougher than you might first think.

Some will see a 25% charge as simply clawing back the 25% Government bonus.

But this is not right. Here’s the maths:

You are left with less money than you put in! (6.25% less to be precise, which is the true penalty for withdrawing after taking into account the bonus).

This is a simplified example. There’s a 30-day cooling off period when you open a Lisa, and there will be no exit penalties charged in this first year. Over sensible time periods there’d hopefully be some growth in your money.

But the principle holds. You might find you have to withdraw money early – and the freedom to do so, even with a charge, is attractively flexible compared to a locked-up pension – but you really don’t want to if you can help it.

If you start a Lifetime ISA, you need to be as confident as possible that you will abide by the rules: Buy a first home with the money, or no withdrawals until 60.

Where can I get a Lifetime ISA?

Only a few providers are offering them so far. Right now Hargreaves Lansdown, Nutmeg, and The Share Centre. That’s your lot.

Seems odd, doesn’t it? Former chancellor George Osborne announced the Lifetime ISA back in the 2016 Budget. Plenty of time for platforms to get on-board – especially when they can dangle carrots of free cash from the government in front of savers.

Theories for the tardiness abound:

Then there’s my theory, which is that the Lifetime ISA is such a muddle that firms presumed it would be scrapped before launch. (A tad naive when it comes to finance, perhaps. When has confusion ever stayed the industry’s hand?)

Don’t get me wrong. The Lisa has its attractions. The initial pros and cons aren’t going to be hard for a typical Monevator reader to figure out.

However extrapolating them over an uncertain 10-30 year time horizon is harder.

Meanwhile the average young person is likely to be bamboozled from the outset.

Should you open a Lifetime ISA?

At first glance, the Lifetime ISA sounds like a Help to Buy ISA with a personality disorder, but that doesn’t mean it’s not worthy of close attention.

As it can only opened by those aged 18-to-under-40, it seems to be aimed at helping the finances (and winning the votes) of a younger generation that has seen job security, affordable housing, and generous final salary pensions disappear over the horizon.

Whether the Lifetime ISA is the best way to address wealth inequality across the generations is a topic for another day.

But if you’re young enough to qualify and you have money that you’re committed to locking away either to buy a home or for your retirement, you should give serious thought to opening a Lifetime ISA.

As I say I would definitely open one if I were under 40, even if it was only to put £100 into it. Once it’s opened, you have the option of using it once you’re over 40, and who knows how your circumstances might change? Don’t open it, and the door closes on your 40th birthday.

All that said, weighing up whether you should be directing money towards a pension (particularly a workplace pension with super valuable employer contributions), a Lifetime ISA, a Help to Buy ISA, a normal ISA, or some other form of savings will be complicated for many people.

Not least because the two uses permitted – buying a home when young, and saving for when you’re old – entail very different investing decisions.

And also because of that exit penalty, of course.

In the next post we’ll see exactly who the Lifetime ISA might be good for, and who should say “no thanks”, and back away slowly.

Note: I’ve updated this post with all the latest on the Lifetime ISA. Older comments below this post may date back to its launch. Many are still relevant, but keep that in mind.

Next post: An income from ETFs in retirement (Part 2): Example portfolios

Previous post: Weekend reading: Invest every month, come what may, once more with feeling