Saving is the rocket fuel of investing. You can achieve big goals quickly if a hefty slice of your income is being invested and put to work for future you.

Simultaneously, your ability to live lean reduces the strain on your investments to deliver a massive crock of gold at the end of your rainbow.

Living on less is a badge of honour for me these days, but most people I talk to view the word ‘less’ as if it’s mortal peril.

What do they see? Misery, poverty, a fall from social grace? In a world of boundless choice, imposing limits feels like being clapped in irons.

But Thoreau said, “A man is rich in proportion to the number of things which he can afford to let alone.”

The reality is we can’t cope with all the world makes available to us. We will only ever taste a fraction of the goods and services on offer at Department Store Earth.

Not spending your money on one thing means you are creating an opportunity to use it for something of greater value. The trick is working out what is truly valuable to you.

This means practising the art of substitution.

Nay, the martial art of substitution! 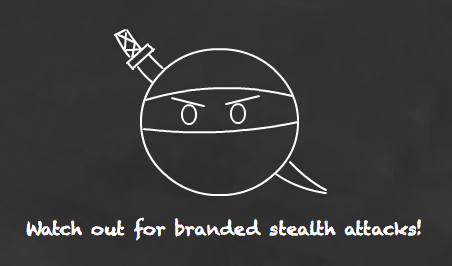 At times it feels like ninja assassins emblazoned with the logos of Apple and Starbucks are coming at me with shuriken stars and Kendo sticks. They beat my brain into wanting their stuff. Hell, even my local pub wants to up-sell me to a three-course meal every time I fancy a quiet drink.

But the art of substitution is not just about liberating a few pennies by buying own-brand soap.

It’s about discovering what you really want. It’s about scraping off the layers of make-up slapped onto your face by consumer society and uncovering who you truly are.

When you were a kid you were happy playing with a stick in the mud. My baby niece just wants food, cuddles, and someone to play with.

Much of what we bolt onto the list of essentials comes from a growing and fearful consciousness of our place in the pecking order.

Driving a BMW, ordering a latte with heart-shaped foam, skiing the same slopes as Martine McCutcheon, they’re just ways to reassure ourselves that we’re not a failure.

Never mind whether we’d be happier with a Seat, caffeine independence, a few days in Devon, and financial freedom.

It’s strange isn’t it, that everyone loves a bargain but when you pick up the own-brand items in the supermarket, the very packaging seems to be mocking you.

It literally makes me feel unhealthy, cheap, unable to provide. But it’s designer humiliation and it is a trick. A trick to make me hand over my money so that I can ‘win’ another round of the social comparison game.

Conspicuous consumption makes me feel like I’m winning when what I’m actually doing is surrendering. Surrendering my limited life’s energy to meet someone else’s values, expectations and prejudices. Half of which I’m probably imagining because of my own insecurity.

The only way to win is to disconnect your self-worth from your consumption.

There are probably sophisticated techniques to help you do this. I don’t know what they are, but they must work because apparently these guys are among the happiest in the world… 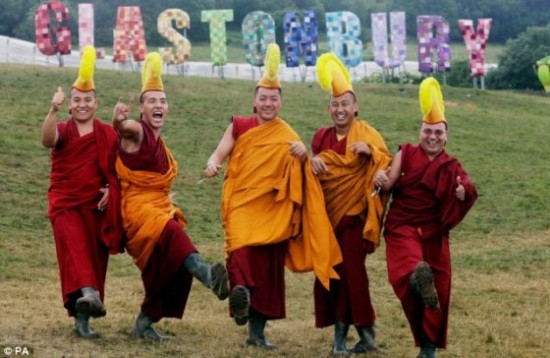 I’m not advocating poverty as a route to bliss. But this famous graph tells you everything you need to know about whether money buys you happiness:

The only technique I know is to remind myself every day of simple truths that make sense to most of us but that we sometimes find it hard to remember:

Independence, purpose, love, respect and social interaction is what really makes us happy.

Goods like these can be acquired in large quantity remarkably cheaply. But mostly they’re bought through a barter system where you give of yourself in equal or greater measure. They can’t be bought with trinkets.

I don’t have that much time left to make a difference to myself and the world.

No way I’m going to squander it on stuff that doesn’t matter.

Next post: Investment trusts are one answer to the retirement income question

Previous post: Weekend reading: It takes a lot of money to replace a salary