When a dividend investment goes wrong 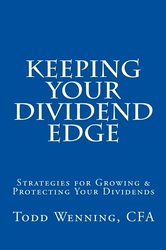 The following guest post is by Todd Wenning, author of Keeping Your Dividend Edge

. Todd’s writing has often featured in our Weekend Reading links, and his excellent new book continues where his blog left off. For this article, Todd candidly admits what he got wrong with his investment in Tesco and considers the lessons we can learn.

Britain’s largest grocery chain, Tesco, was long considered a core holding of UK-based dividend investors. It was once one of mine, as well.

In its 2011 financial year for example, Tesco increased its dividend by 10.8% – marking an impressive 27 consecutive years of dividend increases.1

In addition, Tesco’s UK market share was over 30% and its domestic dominance appeared safe.

More reasons to invest in Tesco

A further prong to my initial thesis on Tesco was that the company’s mistimed expansion in the US (known as Fresh & Easy) would eventually stabilize and rebound as the North American economy recovered – particularly in the Western US states where the stores were located.

I also thought Tesco’s investments in China would fuel earnings and dividend growth for years to come.

Finally, I believed the UK market would continue to produce plenty of cash flow to support international growth.

But the wheels began to fall off one at a time.

My US turnaround thesis soon fell flat. In April 2013, Tesco announced it was exiting the US market and Fresh & Easy filed for bankruptcy protection. All of this resulted in over a billion dollars in trading losses and impairments.2

That in itself should have been a sign to sell. I rationalized, however, that with the Fresh & Easy chapter finally shut, Tesco could better focus on its other global operations.

Tesco also never figured out how to turn a steady profit in China. Ultimately, it entered into a joint venture with a large Chinese retailer who actually knew how to run a retail business in China. So much for the region fueling dividend growth!

With Tesco’s focus on its struggling international operations, it began losing ground to competitors in its home market. Indeed, a space race and pricing war simultaneously erupted between Tesco and other UK grocers like Sainsbury’s and Morrisons. Meanwhile discounters and higher-end specialized grocers alike feasted on the opposite ends of the pricing spectrum.

Even though Tesco seemed best-suited to survive this war of attrition, profit margins suffered. This put further strain on both free cash flow and earnings-based dividend cover.

In response, Tesco held its dividend flat starting with the interim dividend paid in December 2012. Then, in February 2014, it abandoned its long-held profit margin target in an effort to better defend its market position.3

Cut to the chase

While some warning signs were present – including that aforementioned long-time owner Neil Woodford bailing on Tesco in early 2012, and laying out a solid rationale for his exit – the combination of Tesco’s distinguished dividend track record, its vast real estate holdings, and its leading share of the UK grocery market seemed to me compelling reasons to hold and hope for a dividend turnaround.

Yet the numbers didn’t lie.

Tesco’s dividend health slowly worsened while its dividend yield steadily increased to more than twice the UK market average – usually a sign that something has gone wrong.

It was only a matter of time before Tesco’s board needed to make some tough decisions, and in August 2014, Tesco announced it would cut its interim dividend by 75%.

A month later, it disclosed it had overstated its profit forecast for the year.4 In January 2015, Tesco canceled its dividend for the following fiscal year. 5

This was truly a brutal end to what initially appeared to be a high-quality dividend investment. But in the spirit of learning from our mistakes, what lessons can we takeaway?

When a very successful CEO retires or leaves a company for non-obvious reasons (e.g. he or she isn’t 65 or older and looking to retire, say), it’s time to reassess your investment thesis.

In June 2010, well-regarded Tesco CEO Terry Leahy, who during his 14-year tenure more than quadrupled Tesco’s sales and pre-tax profits, took many by surprise6 by announcing his retirement as of March 2011 at the still-young age of 55 and while the company still had a number of unfinished projects overseas.7

With the benefit of hindsight, this was an early red flag that changes were afoot and that all may not be well. Though a major management change in itself may not be a good reason to sell your position, an important change like this during a critical time should prompt you to monitor the company closely in the coming quarters for any signs of trouble.

The fact that Tesco slammed the brakes on its dividend growth rate after years of solid increases was a sign that management and the board were growing concerned about the underlying business.

Highly cyclical companies like materials, energy, and semiconductor companies may prudently hold their payouts flat for a year or two during a down cycle, but this generally shouldn’t happen at companies in more defensive industries like food retailing, consumer goods, or utilities.

When it does, something’s up.

Put simply, that’s not a sustainable strategy. It took me too long to recognize the problem with my own investment in Tesco.

Bottom line: if the company isn’t covering its dividend with free cash flow, you at need to ask tough questions about how the company plans to afford its payout going forward.

When companies make large investments that ultimately fail, it can cause the board to reevaluate its dividend policy. Tesco’s board may have, for instance, increased the dividend in prior years under the assumption that the investments in North America and China would work out.

A big swing and miss may also require the board to reprioritize cash flows to pay down debt incurred to fund the investments.

Todd is an equity analyst based in the US. His opinions here and in the book

are his own and not those of his employer. Keeping Your Dividend Edge

Next post: Weekend reading: Investing can be even more painful than the history books record

Previous post: Conjure up big savings without sacrificing your quality of life