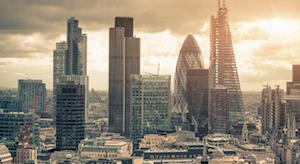 The Financial Conduct Authority (FCA) is to launch an investigation into investment platforms such as Hargreaves Lansdown, amid concerns that market competition may not be delivering value to consumers.

The FCA says its forthcoming Investment Platforms Market Study will:

But reading between the lines, it seems the FCA has concerns that the largest platforms are not passing on their economies of scale to consumers, that they do not justify their dominance by securing big discounts on fund charges, and that they may not be doing enough to bring passive funds to consumers’ attention.

Where are the customers’ yachts?

The FCA announcement (and the lines you can read between) have come via the its final Asset Management Market Study.

The report – available to download as a PDF – also has plenty to say on fund managers and fees.

On fund charges, the FCA believes there’s not enough signs of competition in the market. It sees evidence of price clustering, and notes that while the growth in passive investing has coincided with falling prices for index funds over the past ten years, the asset management charge levied by active funds has remained broadly stable.

Now that might be fair enough, if hard-working active fund firms were already sweating hard to wring out every last penny of value for their investors, and hence had already competed each other down to wafer-thin profit margins.

But the FCA says the high levels of profitability among the firms it sampled (with profit margins averaging around 36%) indicates that:

…price competition is not working as effectively as it could be.

Or, as we might put it, that active managers are fleecing the public and providing little to show for it.

This matters because as the FCA says:

FCA is all for a single all-in fee

New regulation1 is set to introduce this for investors using intermediaries, but I don’t see why it shouldn’t be extended to all investors. The industry might argue that ordinary retail investors can’t evaluate such all-in fees effectively, but are we really expected to do better tallying up myriad opaque or hidden costs?

There is also much talk in the report about doing more to make asset managers act in the best interests of their clients – especially given that the FCA also found investors don’t appear to prioritize value for money as it thinks they should.

It therefore proposes to clarify what it expects of asset managers, to introduce more independent directors to governance boards, and to place a ‘prescribed responsibility’ under its Senior Managers Regime to make individuals more accountable.

The latter could be particularly feared – and contentious – amid fund managers.

Change is coming, ready or not

The FCA report is big and wordy, and it will take time to properly digest. You can follow the links I’ve given below for more reaction from some of the industry’s big beasts.

My own first thought was to reflect on how far we’ve come since the early days of this website.

Back in 2007 it seemed nobody was looking out for ordinary British investors. Most of us didn’t even know we were paying high charges and getting mediocre returns.

Sure, we knew the City had somehow grown over 40 years from a bunch of ex-public schoolboys taking long lunches at Rules into an full-sized economy-within-an-economy (which now manages an incredible £7 trillion of assets, according to the FCA).

But what did the evident riches of the financial services sector have to do with my pension or ISA?

However since then we’ve had:

For all the fanfare then, you could argue the FCA is simply rushing to keep up with these forces that are reshaping the market anyway.

What’s more the FCA report prevaricates and calls for more consultation, when you might say enough already. It also declined to issue a full referral to the Competition and Markets Authority. The investment consulting industry – which plays a big role in directing pension flows – will face an official competition inquiry, but despite the FCA’s concerns about competition, the wider asset management industry has ducked it.

However it seems a bit churlish to me to complain that the regulator hasn’t turned over every apple cart just yet.

Good regulation isn’t written in haste. And given the wily ability of the financial services industry to find loopholes and leaky buckets for every million they have under management, I think it makes sense to get the regulation right.

Let’s not forget that anyone who does their research can already buy cheap trackers on the right platforms and enjoy spectacularly cost-effective globally diversified investing.

For some of us, the future is already here.

Next post: Weekend reading: She thinks they doth protest too much