Weekend reading: Most things you want to own don’t diversify your portfolio

People have a hard time with diversification these days, and it’s easy to see why.

Meanwhile, global shares rally on. Why diversify and give up the gains? Yes, equities look expensive but so does everything else.

TINA, some pundits have dubbed such thinking. There Is No Alternative.

If you can stomach the volatility that will come with the inevitable big stock market crashes, then maybe TINA isn’t the worst date in town. I have been 95-100% in shares at some points over the past decade, so I’m not going to judge you. Shares should outperform other assets over the very long-term, despite the plunges.

There’s no rule that says you have to diversify, just because in theory it will mean a better risk-reward profile for your portfolio. You don’t get style points in investing.

If what you care most about is long-term returns – perhaps because you’re young, or because you’re investing spare money that isn’t underwriting next month’s rent – then going all-in on shares might be reasonable in these tricky times. (Especially if you’ve got a bit of home bias going on. UK shares look cheaper than most, in my view.)

However I would guard against pretending you have diversification that won’t hold up in reality.

I often hear people say that instead of bonds they hold dividend shares, or value shares, or infrastructure funds, or some obscure investment trusts.

The theory, I guess, is these all pay a bit of income so therefore they are a bit like a bond.

In reality if markets do plummet 25% in a crash, you’ll probably get your 3% income from a dividend share, say. True. But they’ll still almost certainly take a 20%+ capital loss on the chin, too. Perhaps they’ll even do worse than the wider market, given how popular dividend shares have been since 2009.

Similarly, investment trust discounts can often widen sharply in an equity scare, even if the potentially alternative assets they own do stand up better than the market.

The following graph from Tensile Trading shows three-year correlations for US assets. UK assets will behave much the same.

Note: The stuff that might really hold up in an equity crash is towards the bottom. 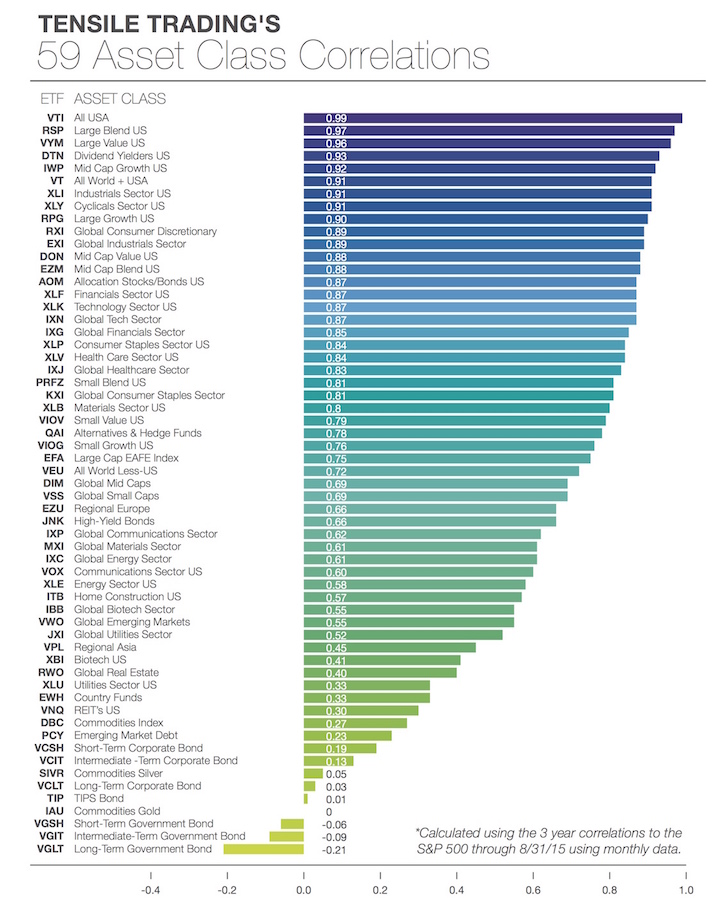 Yes, it hurts to see the case for lousy old bonds. Honestly, I’m just as miffed as you are.

At this point in a typical cycle we might normally expect to move some of our share winnings into cash and government bonds paying 4-8% or so. To be fearful when others are greedy, as the Sage of Omaha says.

But we can’t get those rates, for all the post-crisis reasons we’ve all read about for the past 10 years.

I understand it’s hard to buy government bonds set to pay you less than 2% a year for the next five years. But if stock markets fall 20%, then that would be a relative return of 18% to the good, even before any potential capital rise.

Am I predicting an imminent crash? No, I don’t think anybody can do that. I do think a correction of some sort is probably drawing near, for what it’s worth. (Very little). But who knows about the timing.

Yes, they may be a drag. But if nothing does badly in your portfolio, it’s usually a sure sign that you weren’t really diversified, after all. 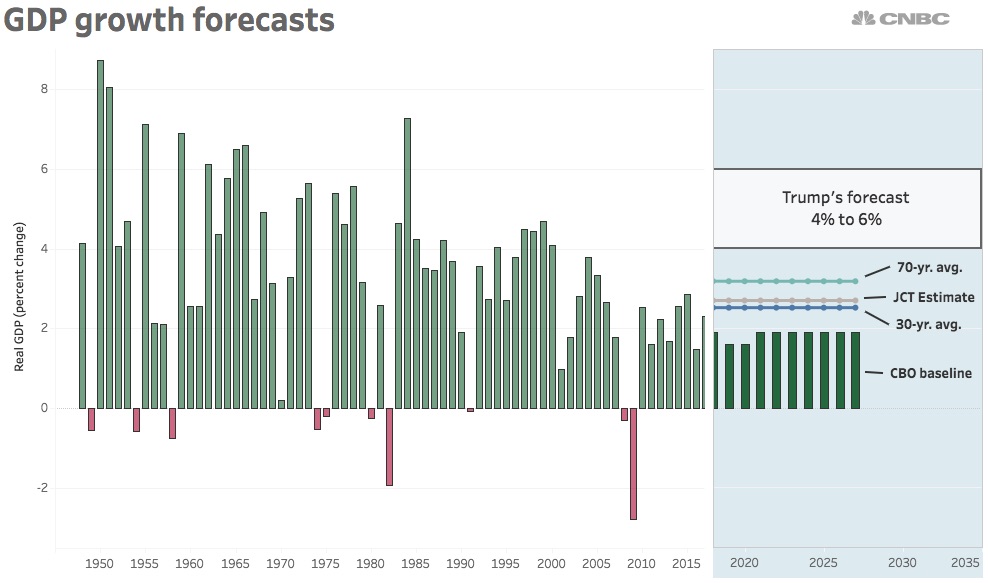 National Savings brings back Growth and Income Bonds paying up to 2.2% – NS&I

Vanguard launches investments for those retiring in the 2060s – ThisIsMoney

We are in a bubble – Neil Woodford

Fed narratives can be dangerous for your portfolio – Pragmatic Capitalism

Financial literacy: A problem for the many, not the few – DIY Investor UK

Can index funds be a force for sustainable capitalism? – Harvard Business Review

Merryn: 2017 was year of consequences for investors [Search result] – FT

Get rich with… feminism – The Escape Artist

Seed investing into unlisted start-ups is in a slump – AVC

By February 2020, bitcoin will use as much electricity as the entire world does today – Grist

A sober view on crypto, with Adam Ludwin [Podcast] – Invest With The Best

Two sides of the same coin – The Irrelevant Investor

A fast million from bitcoin? I don’t want to damage my soul – Guardian

When does work actually get done? – Pricenomics

“Always winter but never Christmas.”
– C.S. Lewis, The Lion, the Witch, and the Wardrobe