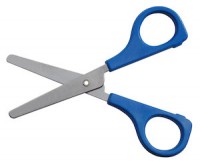 The tracker fund price war must end some day. After all you can’t charge less than zero for running a fund…

Perhaps the ultimate move by the giants such as Vanguard, Blackrock, and Fidelity is to pay us for the privilege of running our passive investments?

Maybe they’ll try to make it back by snaggling a chunk of the customers they seduce into expensive active options, and so trackers will be loss leaders like current accounts for High Street banks?

Well, whatever the long term strategy, the tracker fund fee bonfire has been great for UK investors.

When it comes to the major markets, our days of being the poorer investing relations of our bargain-boasting US cousins are rapidly coming to a close.

Latest to slash the bill is Blackrock, which has just cut the charges on five of its big tracker funds by around 50% on average – effective 11 August.

Here are the five Blackrock tracker funds in question:

As Monevator reader Bruce points out, that makes Blackrock cheaper to own than Vanguard’s previously table-topping UK tracker fund – and there’s no initial charge on the Blackrock product either.

The other four fund fees also look very competitive. But for now charges remain unchanged on the 12 other funds in Blackrock’s passive range.

Still, let’s not gripe. There is around £15bn of index funds represented in that table, and the tithe levied on it is about to get cut in half.

That should mean millions of pounds more in ordinary passive investor’s pockets.

It also means we’ll need to update our guide to the cheapest tracker funds. I’ll wait for the word from my co-blogger The Accumulator on that.

Where next for lower fees?

Adam Laird, head of passive investments at Hargreaves Lansdown sees the battle lines shifting elsewhere now prices have come down so far on the core products.

“There is still further ground to be gained in the passive price war, though the arms race in UK and US equities means that battles are likely to rage on new fronts, such as in corporate bonds and emerging markets,” Laird says.

“There are also some passive providers who are simply sitting in their bunkers and hoping no-one notices they are charging way above the going rate for their funds.”

See our guide to calculating the cost of switching to work out if it’s worth you emerging from your own passive slumber for a bit of judicious fund swapping.

Next post: Weekend reading: Doing the wrong thing with property made everyone but me rich