Confessions of a Rate Tart 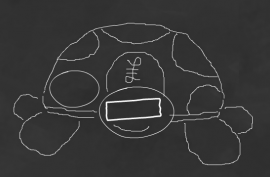 I have 26 bank accounts. I never meant for it to happen but it has. Fourteen are current accounts, eight savings, and four are cash ISAs.

That’s not counting the credit cards, broker accounts and other stuff I can’t remember any more.

For a long time it seemed normal. I only realised I was different when it slipped out recently in conversation. One friend said they were shocked.

That’s when I looked at myself in the mirror and I saw what they saw.

I’m a rate tart. I open bank accounts for money. For their competitive rates of interest. Once they’ve outlived their usefulness, I move on to the next. No emotion, no goodbyes, no looking back.

You know you want it

Nobody starts out thinking, “I want a massive collection of bank accounts.” You don’t think to yourself, “Wouldn’t it be great if I was the Imelda Marcos of online passwords?”

You start off small-time:

“I just want to get ahead.”

“I won’t have to do this forever.”

And it’s so easy to find everything you need to get into it.

A Best Buy table puts you in touch with the right people. Even if you only look at it once a month, temptation soon comes your way.

And if you’re nervous – maybe it’s your first time – there are plenty of old hands out there to show you the tricks. You’ve just got to know where to look.

You open your first account and they pay you a sweetener to lure you in. An extra £100 or so because you’re fresh.

In the early days I was pulling down a few hundred extra quid a year in bounties alone.

But by the time you’re using a spreadsheet to keep track of it all, and standing orders to keep the money moving, and Google alerts so you don’t stay in the same place for too long…

…well, you know you’re not with Virgin anymore.

The rules of the game

I guess a lot of people don’t even know it’s possible to live like this. I read the stories in the papers about people getting 0.25% on their money and I laugh.

It seems like a no-brainer when you put it that way. But not everyone could live the way I do.

There’s a price to pay, y’know? You’ve got to do certain things.

You need a bit of capital for a start.

£1,000 that you move from Peter to Paul – because you’re using current accounts as savings accounts. It sounds wrong, but that’s the way the world is these days. I didn’t make the rules, I’m just showing you how to work ‘em.

So everyone wants a piece of the pie, but you just give them the same old slice and keep it moving through the system so they don’t notice. Or maybe they do notice, I don’t know.

What I do know is: they don’t care.

That’s easy. Just use a feeder savings account that sets up direct debits. There aren’t many, but you can find them, and you just channel £1 a time from one account to the other and back again. It’s like plumbing.

And if someone offers you a complimentary regular savings account – take it. You can get up to 6%! Sure, it’s only on a small bit of money, and they’re not as easy to get now, but you might as well take everything you can get.

Don’t forget cashback. Generally only the Spanish ones are into this, but look, as you get older you can’t afford to be too fussy, alright?

What most people don’t realise is that you can double-dip. Triple-dip even.

Let’s say you can get 3% from a prospect but only up to £5K. They might allow you to open multiple accounts. Now you can get a good rate on £15K.

And the same people might go by a different name, so you can stash away another £15K.

And maybe they have yet another name. It’s more common than you might think. Everyone’s got something to hide, but that’s another story. Anyway that’s another £15K taken care of.

Just be careful you know who’s who and never trust anyone with more than £85K, no matter how many IDs they’ve got.

It helps if you’ve got a partner. It’s more lucrative if you work in pairs, y’know? You can cover more ground, recommend a friend, all that.

But even that will cost you. After a while, your ‘friend’ may not thank you for dragging them into your world.

Some people worry about their reputation: ruining their credit score and that kind of thing.

You’ve just got to keep your head down. Take it easy and don’t take on the whole world at once.

Keep it as straight as you can. Ditch old accounts when the interest drops… refuse overdrafts, credit cards, rates that are too good to be true, accounts with benefits… Stay away from the weird stuff, keep on moving, and you’ll be okay.

That’s pretty much all you need to know. Maybe more than you wanted to know, right?

Am I proud of it? Listen, I blame the Government. I didn’t ask to live in a zero interest world. Funding for lending has only made things harder.

I didn’t grow up dreaming of this. It’s not how I thought things would turn out.

You’ve just got to do what you’ve got to do. That’s it.

Previous post: Weekend reading: Once upon a time, books taught us about money