How to complain about a financial provider to the Ombudsman 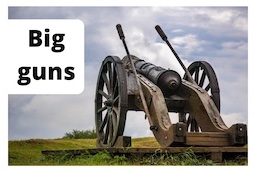 This article on the Financial Ombudsman is by The Treasurer from Team Monevator.

I was a big fan of the BBC’s Rogue Traders. The host Matt Allwright would confront dodgy businessmen in action. He’d chase them down a street if they did a runner from the cameras. It made for a great show, though it’s since been relegated to become a part of Watchdog.

Anyone who regularly watched Allwright’s antics would be forgiven for thinking the UK is a Wild West when it comes to consumer protection.

However, despite it looking easy on the TV, being a rogue firm in Britain is actually hard work.

I’ve previously highlighted the benefits of Section 75 of the Consumer Credit Act. I explained how this nifty bit of legislation gives you huge protection on credit card purchases.

This time I want to touch on one other big piece of consumer protection – known as the Financial Ombudsman Service.

While the Financial Ombudsman Service isn’t exactly a form of legislation, it was set up by the Government back in 2000 to settle complaints between consumers and businesses that provide financial services.

The term ‘financial services’ is rather vague, but the remit of the Ombudsman safely covers banks, building societies, insurance firms, investment services, and even breakdown cover.

The Ombudsman is completely free to use, and settles disputes by what is deemed ‘fair and reasonable.’

As a result, you don’t have to be a legal eagle to be successful with a Financial Services Ombudsman claim.

If you think a financial company has treated you unfairly, then chances are, you’ve a pretty decent case.

How does the Financial Ombudsman Service work?

First things first, if you’re at odds with a financial company, you can’t just take your complaint straight to the Ombudsman.

That’s because you must first make a complaint to the financial company, outlining your grievance.

If you are dissatisfied with its response, you may wish to crank up your complaint in a follow-up.

Make it clear you aren’t prepared to back down. When you do this, explain that you are prepared to take your case to the Ombudsman.

If this does the trick, then great!

If not, then any further correspondence from the company should state that it is their final response. This is often referred to as a ‘deadlock letter.’

Once you receive this, you’ll have every right to escalate your case to the Ombudsman.

The same also applies if you don’t hear back within eight weeks.

How to start a claim with the Financial Services Ombudsman

At this point, it’s recommended that you forward any relevant correspondence, and/or evidence supporting your claim.

If the Ombudsman needs any further information, it will reach out to you.

Claims typically take between three to nine months to resolve, though it can take longer during busy periods.

Once the Ombudsman makes its legally-binding decision, the financial company will have to put right any wrongdoing.

If the case doesn’t go your way, you do have the option of asking for the decision to be reviewed by an actual Ombudsman, rather than a caseworker.

Financial Ombudsman Service: What else is there to know?

Aside from the practical steps, here are four things that are worth knowing about the Ombudsman.

1.You can go back up to six years to make a claim

That’s right. You can submit a case to the ombudsman up to SIX YEARS after an event took place.

For example, if you were treated badly by your insurance provider a few summers ago, there may still be time to put things right.

2. You don’t have to use the Ombudsman

If you’ve suffered wrongdoing by a company, then the option to take your case to the traditional county court still exists.

However, while the Ombudsman will make a judgement on the nebulous definition of what is ‘fair and reasonable’, the court will base its decision on the letter of the law.

3. It normally applies to UK-based companies (but check)

While it may seem obvious, you typically can’t use the Ombudsman service if the company you have a grievance with isn’t based in the UK.

However some non-UK based companies such as PayPal have voluntarily agreed to join the service. So if you do have a dispute with an overseas financial company, it’s still worth checking with the Ombudsman to see if it has the authority to take on your case.

4. The service is free (but only for consumers)

While a lot is made of the fact that the Ombudsman is free for consumers, the same isn’t true for financial companies.

While the Ombudsman offers businesses 25 ‘free’ cases a year, subsequent cases are billed at £750 a pop, regardless of the outcome.

In other words, even if a company wins at the Ombudsman, it will often have to pay a hefty charge for the privilege of using the service.

This, in my opinion, is what makes the Ombudsman such a powerful consumer weapon. The mere mention of going to the Ombudsman may encourage even the most tightfisted of companies to simply pay up.

Despite having written this article, I’m almost ashamed to admit that I haven’t needed to use the Ombudsman directly.

That being said, I’m certain the existence of the service did persuade a former travel insurance provider to pay up for a legitimate claim.

It all took place a few years ago when my passport was damaged by rainwater during an overseas trip. As I hadn’t been drinking, nor had I acted unreasonably, I was certain my claim would be approved.

(I did go through the policy small print to make sure I hadn’t inadvertently done something I shouldn’t have!)

My initial claim was turned down,. The insurance company outrageously claimed my passport wasn’t properly in my possession during the time of the incident. I refuted this by adding a follow-up with further details about my claim.

Once again, I was given the cold shoulder.

My next response I upped the ante. I let my provider know that I’d have ‘no hesitation in taking my claim to the financial ombudsman service’ if I was not satisfied with their next reply.

They decided to pay up.

To my mind this was because they knew – as I did – that the Ombudsman fee would be greater than the cost of replacing my passport.

Sticking up for the little guys

When I tell others about my experience, it’s often suggested that I was partly to blame for going with the cheapest travel insurance I could find.

Yet in my view, the existence of the Ombudsman simply means that I don’t have to worry about overpaying for financial products in the future.

If anything goes wrong, the Ombudsman has my back!

Over the years I’ve shared my knowledge of this free service to friends and family. I’ve yet to hear of any negative experiences.

Have any of you used the Financial Ombudsman Service? If so, we’d love to hear your thoughts in the comments section below. You can also check out The Treasurer’s archive of previous articles.