Do you need income protection insurance? 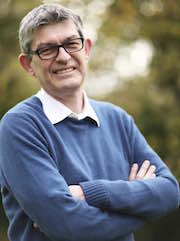 The following guest post is by Mark Meldon, an independent financial advisor (and Monevator reader!) who we’ve noticed talking a lot of sense over the years. We thought we’d ask him to explain some of the more obscure or technical corners of personal finance.

Unfortunately income protection insurance is the least popular by sales volume of the three key kinds of personal insurance – life cover and critical insurance cover being the other two. Whether you need it is an important subject for serious consideration and debate.

In this article I’ll try and demystify this important personal protection policy, explain the features that you need to look out for, and offer two real-life stories to illustrate the potential importance of income protection insurance.

Your top financial asset: You

We all go to work for two reasons:

2. We need the pay cheque

If I’m wrong about you loving your job then you should consider changing it. I’m sure I’m right about needing the pay cheque!

People forget how entirely reliant they are on being able to do their job. Yet this depends to a very great extent on our health – physical and mental. Lose one or both and you are quickly in trouble.

But what would happen if you couldn’t work because you were long-term sick?

If you have wealthy relatives and friends ready and willing to help financially then that’s great.

Most of us don’t though. We need to think about the risk of something unpleasant happening, and whether or not to offload that risk to an insurer.

What happens if it all goes wrong?

You might be lucky in that your benevolent employer has set up a ‘group’ long-term disability insurance policy. However only a small proportion of the population are so covered (around 11%, according to Canada Life).

Meanwhile you should know state benefits are meagre and ever harder to qualify for. Many people are surprised how quickly they can fall into a financial abyss should a problem arise.

A private income protection insurance policy will provide you with a guaranteed source of tax-free replacement income should disaster strike. That’s got to be a good idea!

Back in the 1870s, so-called friendly societies sprang up to address this problem by organising sickness insurance policies, and mainstream life insurance companies soon joined them in doing the same.

Both types of providers are still around but there are important differences. I’ll return to these later.

It’s very hard to compare policies as they can be quite complex and you have to consider other important factors like the financial strength of your chosen insurer and their claims paying history.

However there are several basic common features:

Arguably the most important thing to look out for is the definition of the word disability.

The primary distinction is whether your policy covers ‘own-occupation’ or ‘any-occupation’ disabilities.

An any-occupation policy requires that to receive your benefits you must be unable to perform the material duties of any occupation. That’s pretty hopeless – the emphasis is on any. Perhaps uncharitably, this has been referred to as the ‘vegetable clause’.

I would say that the whole point of these policies is to help you protect your income, not someone else’s. So, unless you do something very unusual or risky, you need an own occupation definition of disability.

So, serious consideration should be given to buy a full-term policy with as long a deferred period you can afford by reference to your savings to age 65 or so. Make it indexed and seek the own occupation definition of disability.

Underwriting is the work your chosen insurer undertakes when assessing your proposal.

Although the process of looking at income protection insurance has a number of similarities to life assurance risk assessment – for example height, weight, blood pressure, and daily habits – there are a number of important differences, too. Occupation and hobbies are just as important considerations as your physical details.

I have noticed of late an increased interest in alcohol consumption. There is, apparently, a significant cohort in the UK who drink far too much and they are now in their thirties and forties when the risk of alcohol-related mental health and physical diseases suddenly increases. You might get a lot of questions about your booze intake!

Often the insurer will request a medical report from your GP and can ask for a medical screening or other medical tests. They pay for these so you could say they are a free health check.

These can turn out to be lifesavers. I have seen two diagnoses of diabetes in recent years and one of life-threatening high blood pressure following insurance medicals.

In common with many peers, AEGON recently published their 2016 claims experience. Its split showed 61% of claims were by men, 39% women.

The biggest reason for a claim was mental health at 27%, with cancer, musculoskeletal and cerebrovascular claims taking 19% each, cardiovascular 12% and ‘other’ 19%. The latter includes Huntingdon’s disease, diabetes, and multiple sclerosis.

All insurers will want you to get well as soon as possible. They offer a great deal of help and support to genuine claimants.

Fraudulent claims will not be tolerated and the 15% of claims not paid were either due to non-disclosure at the outset of the policy (you must be honest when applying for any kind of insurance, it goes without saying) or the reason for a potential claim falling outside of the policy benefits.

Policies come from a variety of well-known insurers such as AEGON, Aviva, and LV=, to name but three. They offer excellent contracts for most people in low-risk occupations.

However, we shouldn’t forget the ‘Holloway’ societies, named after the MP for Stroud who brought about their founding legislation in 1870.

These are friendly societies and, whilst they underwrite your health and lifestyle just like the life offices, they are rather more lenient as far as occupations are concerned as they were originally set up to insure the working man.

How much will it cost?

Costs are hard to estimate. It depends on your age when you apply, your benefit choices, expiry age of the plan, and your health, lifestyle, and occupation.

Mainstream insurers will have standard premiums, nowadays on a unisex basis1, but these are often only the starting point. Some 40% of proposals attract non-standard premiums in one way or another in my experience.

Friendly societies have age-banded policies – due to their legal constitution – so their premiums will rise with age every now and again.

Office workers tend to pay significantly less than teachers who in turn would pay rather less than an HGV driver. Some occupations are just too hazardous to cover, such as miners and oilrig workers.

The younger you are when you apply, the lower will be the cost if you qualify for standard terms.

The best thing to do is to ask an independent financial advisor to run some quotes. They will also draw upon their experience of the market for these policies when making recommendations.

Here are some example quotes for a 36 year old office clerk (gender immaterial) insuring for £1,000 per month benefit, linked to RPI, with a three month deferred period to age 68. Guaranteed premium rates. This is, of course, a low-risk occupation.

* Age-banded premiums so might be more expensive in the long-run.

Quotations are available from several providers – these are just representative (Source: Iress/Exchange 10 October 2017). It very much pays to shop-around or to use an IFA when comparing quotes, ancillary benefits, and policy provisions.

A couple of case studies

With names and other details changed, here are two true stories from my recent experience.

A few years ago I was asked to look after the private pension funding of a legal professional. When I first became involved he was in remission from cancer and explained that, being a prudent individual, he had arranged life cover, critical illness insurance, and an income protection policy some years before my involvement.

The critical illness insurance policy had paid him a lump sum and enabled him to pay off his mortgage in full. His income protection insurance policy had also been claimed. It was paid proportionately as his health improved and he was able to work part time, then suspended when he returned to work full time. The policy remained fully ‘in force’.

Sadly, he became unwell again. The income protection insurer reinstated the full benefits under his policy without quibbling. Unfortunately, he died a few years ago after having been on claim, on and off, for six or seven years. But he was very grateful for the help and advice his provider had given him in those years.

More recently I arranged a friendly society income protection policy for another one of my clients. Michael is a self-employed tree surgeon and gardener; a lovely man, with a ready smile, but of modest financial means. He realised his occupation was risky and we set up a policy with The Original Holloway Friendly Society up to state pension age.

You guessed it! Michael fell out of a tree and badly damaged his back.

“They won’t pay out, will they”, his wife said when she gave me the news. “Yes they will” I answered and they did after just eight weeks deferment period, just as savings were running out.

Michael thought the Original Holloway were great in that he was given every practical help to get better as they paid for specialist consultation and “the policy kept the roof over our heads”.

He did get better after a few months and the claim was reduced and then came to an end. Then there was a (thankfully brief) relapse, and the policy kicked back in.

Michael is confident that he has made a full recovery. But you never know, so he has maintained the premium payments on the policy and will do until it finishes at age 67.

If you earn any money, in my opinion you should insure your ability to receive an income if you are incapacitated, period.

You can only do this through the too-often overlooked income protection insurance policy.

Choose carefully, tailor the policy to your personal financial circumstances, and never bin it unless your employer offers adequate cover. (Even then what if you subsequently leave and your health is not as good as it was?)

Be prepared to pay up, as the premiums for these policies can seem expensive.

Previous post: Weekend reading: A map of all our mental biases