Hard to believe now, but when Monevator was born in the summer of 2007, passive investing with tracker funds was still a minority pursuit in Britain.

Few investors did it. Newspapers and magazines rarely wrote about it, except in a “oh if you can’t be bothered you could buy an index fund and just accept the market return (you loser)” sort of way.1 [1]

People had to be won over. The financial crisis didn’t help – it’s hard to make the case for index tracking when the index has just fallen 50%! All the talk was of clever fund managers who would pick through the rubble, absolute return funds and structured products touting upside without downside, and hedge funds that hadn’t yet posted a decade of lagging a cheap 60/40 ETF portfolio.

The US was way ahead of us, though. That’s because North America was where Vanguard founder John ‘Jack’ Bogle had conceived of and launched the first index fund back in the mid-1970s.

The Accumulator joined Monevator after a year or two. He told me Monevator was the only site he’d found that regularly translated US passive investing ideas for an everyday UK audience.

In the meantime global stock markets began rising. Passive investing took off in Britain, too, as more people started to get it. Eventually, index funds went mainstream.

Bogle was questioning the value of traditional investment approaches in the early 1950s. He finally launched the first index fund in the 1976 – labelled by competitors as ‘Bogle’s Folly’.

In other words it has taken more than 40 years for Bogle’s principles to give us the highly-efficient investing that most Monevator readers take for granted today.

John Bogle died this week. He was 89. You’ll find coverage of his achievements in the links below. The impression he made is as clear as his legacy.

It wasn’t a given that the inventor and populariser of the low-cost index fund would be a humble, inspiring, and tenacious individual. Tracker funds are essentially run by computers. Their progress would probably have been assured eventually, simply on account of the remorseless reality of their mathematical cost advantage.

But happily, on top of that, index funds were championed by perhaps the greatest investor of all time – at least in terms of money he’s saved the world’s savers.

It’s been estimated Bogle’s innovations will have left investors with an extra $1 trillion [2] in their accounts by 2023.

Good luck getting that sort of edge out of the latest Top Funds To Buy in 2019 list.

If our website has patron saints, I’d say they are Jack Bogle and Warren Buffett.

These two men are more similar than you might suppose.

Warren Buffett – probably the greatest active investing individual the world will ever see – urges us to use index funds. On his death his wife’s money will be put into a tracker fund [3] run by Vanguard. Buffett recently won a 10-year bet pitching cheap index funds against handpicked hedge funds. Convinced of the index fund’s primacy, this week [4] he said Bogle had done more for the individual investor than anyone else he’s known.

Quite the contradiction then, but what of Bogle? He’s also not as easily dumbed down as some of his adherents seem to think. Bogle took the career path that led Vanguard to $5 trillion under management almost on a whim. He was not against active investing per se – more high costs and poor results. He had money invested in his son’s active fund. Bogle was a market timer, and he was happy to say when he thought stocks looked expensive. He also invested all his money invested in the US market – an anathema to orthodox thinking today.

As we inevitably march towards a far future where the vast majority of people run their money with the market in cheap index funds – following prices set by a diminishing handful of thrill-seeking stock picking winners and losers – it seems fitting to me that the man who started it all also contained contradictions.

In as much as they’d heard of him, for most people Bogle was a man who synthesized the latest academic thinking and his own insights to dream up the low-cost funds that will leave them richer in retirement. Cheers Jack!

But really he was a philosopher king for the ages.

From the archive-ator: The simplest, most effective investing decision you will ever make [From 2008!] – Monevator [15]

Note: Some links are Google search results – in PC/desktop view you can click to read the piece without being a paid subscriber. Try privacy/incognito mode to avoid cookies. Consider subscribing if you read them a lot!2 [16] 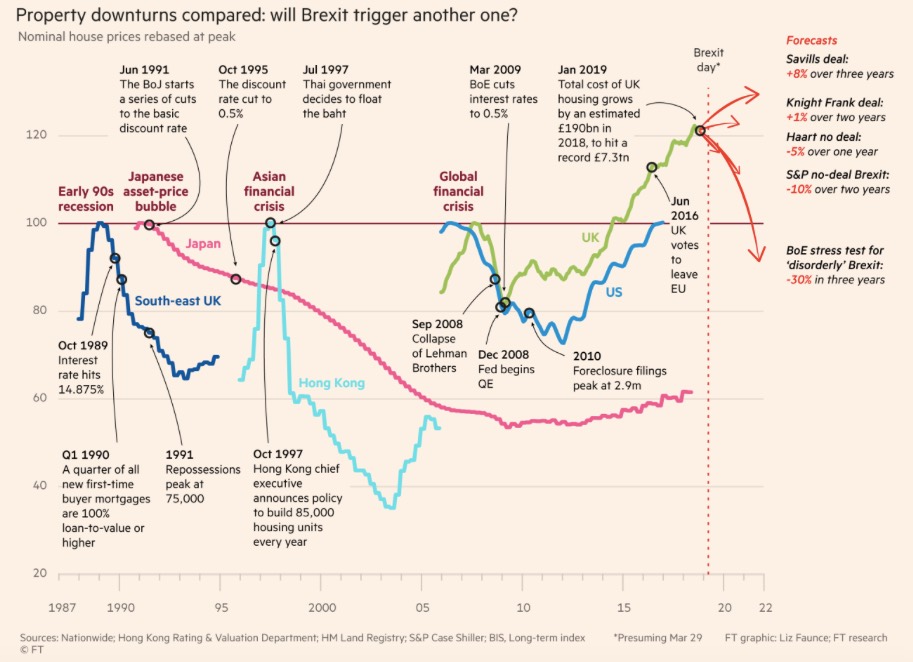 When it’s time to do something – Morgan Housel [33]

Are market moves happening faster? [Spoiler: No] – A Wealth of Common Sense [35]

…perhaps in theory, but the optimal portfolio is not the same as the best one – CFA [38]

10 years ago, Warren Buffett bought a railroad – Buffett, Berkshire and Beyond [41]

Fund managers do well when they buy, not when they sell – Morningstar [43] & Bloomberg [44]

It was never about Europe. Brexit is Britain’s reckoning with itself – Guardian [46]

Richard Stone: Why I believe Brexit will not happen now – CityWire [48]

“I don’t trust the Government”: Meet the Brexit stockpilers – Guardian [49]

The most powerful person in Silicon Valley – Fast Company [57]

Why one man lives homeless in the Alaskan wilderness – Guardian [58]

“The grim irony of investing, then, is that we investors as a group not only don’t get what we pay for, we get precisely what we don’t pay for. So if we pay for nothing, we get everything.”
– John C. Bogle, The Little Book of Common Sense Investing [65]

Thanks for reading! Monevator is a simply spiffing blog about making, saving, and investing money. Please do check out some of the best articles [67] or follow our posts [68] via Facebook, Twitter, email or RSS.